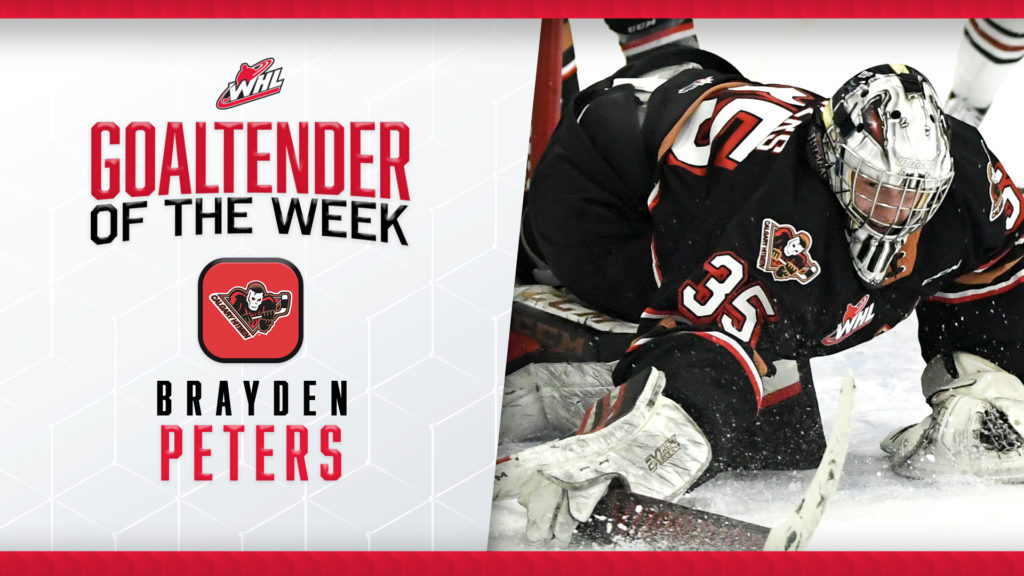 Calgary, Alta. – The Western Hockey League announced today that Calgary Hitmen  Brayden Peters has been named WHL Goaltender of the Week for the week ending March 7, 2021.

Peters, 18, registered the first shutout of the WHL season with a 27-save performance in a 2-0 triumph over the Red Deer Rebels on Friday night. The clean slate was not only the first from any goaltender during the 2020-21 WHL Regular Season, but also goes into the books as the first shutout of Peters’ WHL career.

The 6-foot-2, 199-pound product of Taber, Alta. was solid from start to finish in Calgary’s return to WHL action on Friday night. After making seven saves in the first period, Peters followed up with 11 saves in the second period and another nine saves during the third period, keeping an energetic Rebels squad off the scoresheet.

The second-year goaltender established himself as a valuable member of the Hitmen’s puckstopping duo during the 2019-20 season. Originally selected by the Hitmen in the fifth round (95th overall) of the 2017 WHL Draft, Peters has earned himself a career record of 19-15-2-0 with a 2.69 goals-against average, .905 save percentage, and one shutout.

Next up, Peters and the Hitmen will host the Medicine Hat Tigers on Friday, March 12 at 7:30 p.m. MT.