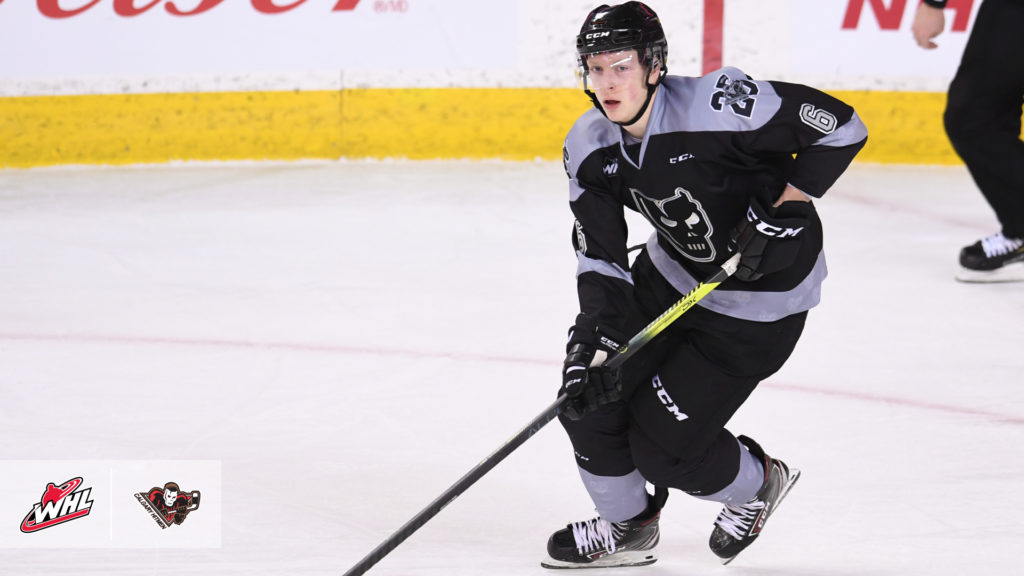 Prokop, an 18-year-old product of Edmonton, Alta, was selected in the third round (73rd overall) of the 2020 NHL Draft.

“Today is a great day for Luke and we couldn’t be happier as this signing represents an outstanding achievement in his pursuit to play in the National Hockey League, said Jeff Chynoweth, General Manager of the Hitmen. “He is a core piece of our franchise and a very dedicated player whose drive to continuously improve is second to none.”

“We are thrilled for Luke and his family,” said Steve Hamilton, Head Coach of the Hitmen. “It’s always a proud moment when a player is able to sign his first NHL contract. He’s an integral part of our team and we are very excited to watch his continued growth on the path to his professional future.”

Originally selected in the first round (seventh overall) of the 2017 WHL Draft, Prokop has skated in 135 career WHL regular season contests, recording 35 points (5G-30A0. He has appeared in 11 WHL post-season outings, adding another four assists.

Internationally, Prokop represented Canada White at the 2019 World Under-17 Hockey Challenge, serving as an alternate captain and skating in five games.

Dream come true. Thanks to everyone who has gotten me to this point. Can’t wait for the future with @PredsNHL #Smashville pic.twitter.com/2SB2QjbF46