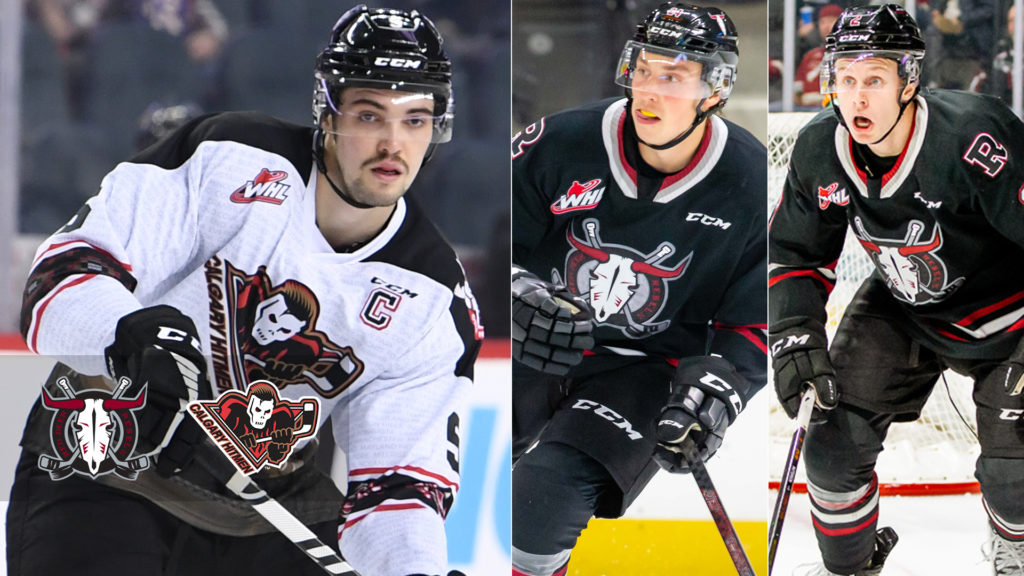 The trade was announced by both Clubs Tuesday afternoon.

The former Hitmen captain, van de Leest joins the Rebels after making 235 regular season and playoff appearances with Calgary, compiling 79 points (9G-70A). The product of Kelowna, B.C. was originally selected by the Hitmen with the 16th overall pick in the 2016 WHL Draft.

“Jackson is in his fifth season with our team and has been a valuable player both on and off the ice. It is always difficult to trade your captain – his leadership and contribution to the community has had a tremendous impact on our program. We wish him the very best in Red Deer.” said Calgary general manager Jeff Chynoweth.

Stevenson, who celebrates his 21st birthday Wednesday, was ranked third among Red Deer skaters during the 2021-22 WHL season with 32 points.

The product of Calgary, Alta. was originally selected by the Tri-City Americans in the sixth round of the 2016 WHL Draft, and has accrued 80 points (37G-43A) in 146 appearances with the Americans, Saskatoon Blades and Rebels.

Patterson, like Stevenson, hails from Calgary, and returns to his hometown having played in 41 WHL contests with Red Deer. He was originally selected by the Rebels in the second round of the 2018 WHL Draft.

“Blake is a right-handed shot and a point-a-game player this season that will add to our scoring depth and improve our power play,” Chynoweth continued. “Trey will complement our back end as a solid stay at home defenceman. For our organization, it was important to get two players in return with WHL experience.”

The Calgary Hitmen have traded defenceman Jackson van de Leest in exchange for Rebels forward Blake Stevenson, defenceman Trey Patterson, and a 2nd round pick in the 2022 WHL Prospects Draft.