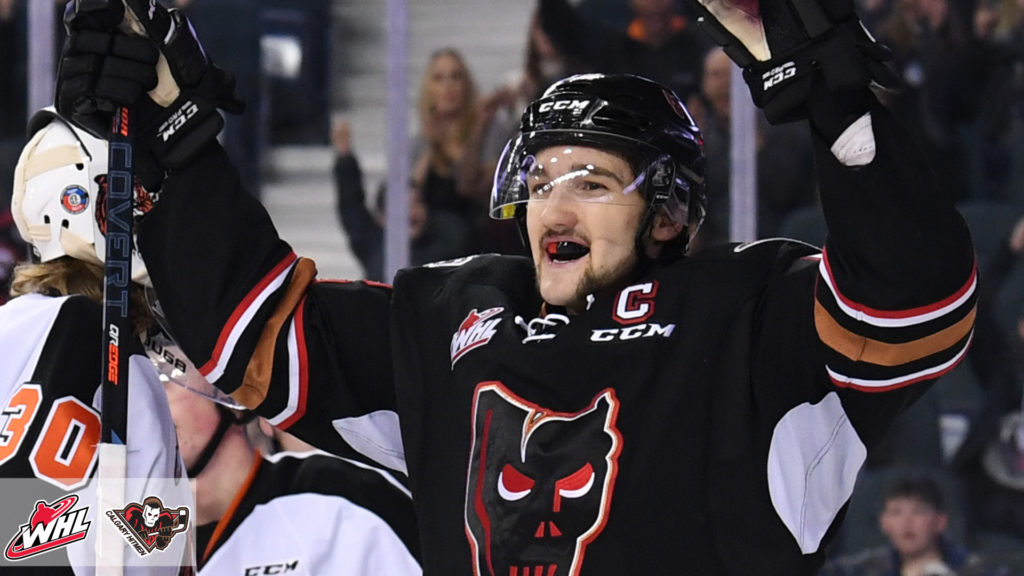 Kastelic, an Ottawa Senators prospect who enters his fifth campaign with Calgary, becomes the fourth player in franchise history to wear the ‘C’ in back-to-back seasons. The 6-foot-3, 220-pound product of Pheonix, Ariz. product posted 77 points (47G-30A) in 66 games last season with the Hitmen, including 24 power-play goals, two short-handed goal, and four game-winning goals. In the 2019 WHL Playoffs, he added nine points (6G-3A) in nine games. In his lone game this season, Kastelic has recorded one assist.

Twenty-year-old defenceman Krebs and 19-year-old centreman Stotts will each wear an ‘A’ for the second consecutive year. Krebs and Woo will serve as full-time alternate captains while Stotts and Focht will share the third ‘A’.

“Our leadership core is a mature, experienced group of players who impact our locker room on and off the ice,” Steve Hamilton, Hitmen head coach said. “They set and maintain the standard of excellence that we expect from each player that wears the Hitmen jersey. We are very proud to have these five players represent our leadership group.”

The Hitmen will be back in action on Saturday, October 13 (7 p.m. MT) against the Edmonton Oil Kings at Rogers Place in Edmonton, Alta.

The time has come, officially introducing your 2019/20 Hitmen leadership group! 🙌 #25Together