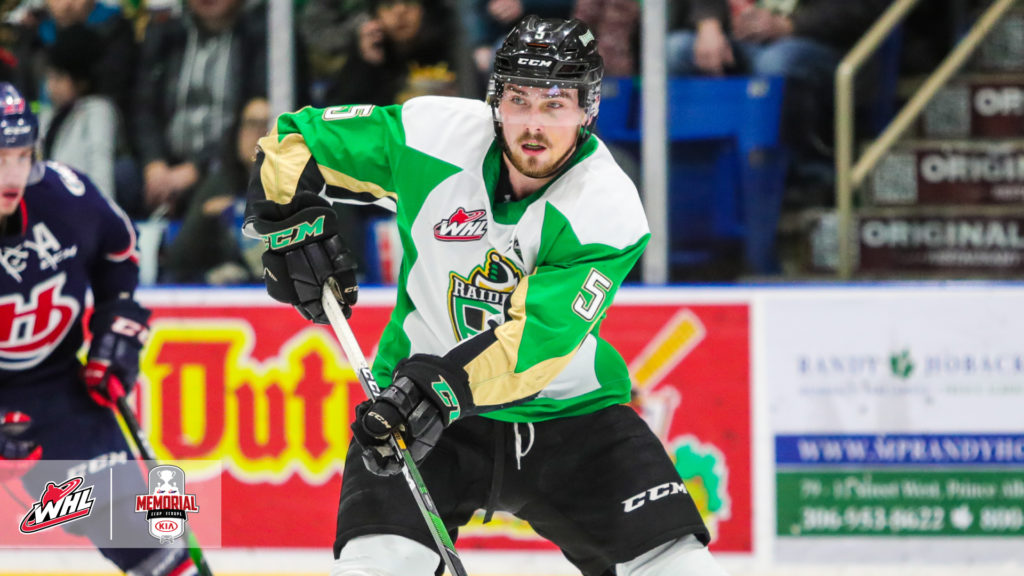 There was only one Western Hockey League competitor to speak of on Day 3 of the CHL’s Memorial eCup presented by Kia, and he didn’t disappoint as Zack Hayes boosted the Prince Albert Raiders to a 3-2 victory over the QMJHL’s Charlottetown Islanders to advance to Round 2 of the CHL’s inaugural eSports extravaganza.

A wily veteran, Zack Hayes executed a stingy defensive strategy to shutdown Ryan Maynard and the Charlottetown Islanders, as the Prince Albert Raiders secured a 3-2 victory to advance to Round 2 of the Memorial eCup presented by Kia.

Offensively, Hayes leaned on the eTalents of teammate Ozzy Wiesblatt to eliminate Charlottetown from the event. A three-goal third period from Hayes’ eRaiders ultimately served as the difference in the game.

Hayes, a veteran of four WHL seasons, was a member of the WHL Championship-winning Raiders in 2019 and served as the Club’s captain for the 2019-20 season. Following 272 career WHL regular season games, he signed an AHL contract with the Henderson Silver Knights – affiliate of the NHL’s Vegas Golden Knights.

Following Hayes’ victory, there are now seven WHL players/teams that have advanced to the second round of the CHL Memorial eCup presented by Kia.

Smoke handled.@hayesie24 guides us a to a three-goal third to give us a 3-2 win over the Charlottetown Islanders in Round 1 of the Memorial eCup Presented By @KiaCanada!#GoRaidersGo #KiaCHLeCup https://t.co/NfqwP6eQsu

Day 4 of the CHL Memorial eCup presented by Kia is scheduled for Thursday, December 3. Four games on the slate feature two more WHL players in action, as Jackson Berezowski of the Everett Silvertips will face the QMJHL’s Acadie-Bathurst Titan (5:25 p.m. MT) and Cole Schwebius of the Kelowna Rockets will take on the OHL’s Kitchener Rangers (6 p.m. MT). Catch all the action on the WHL’s Twitch channel.