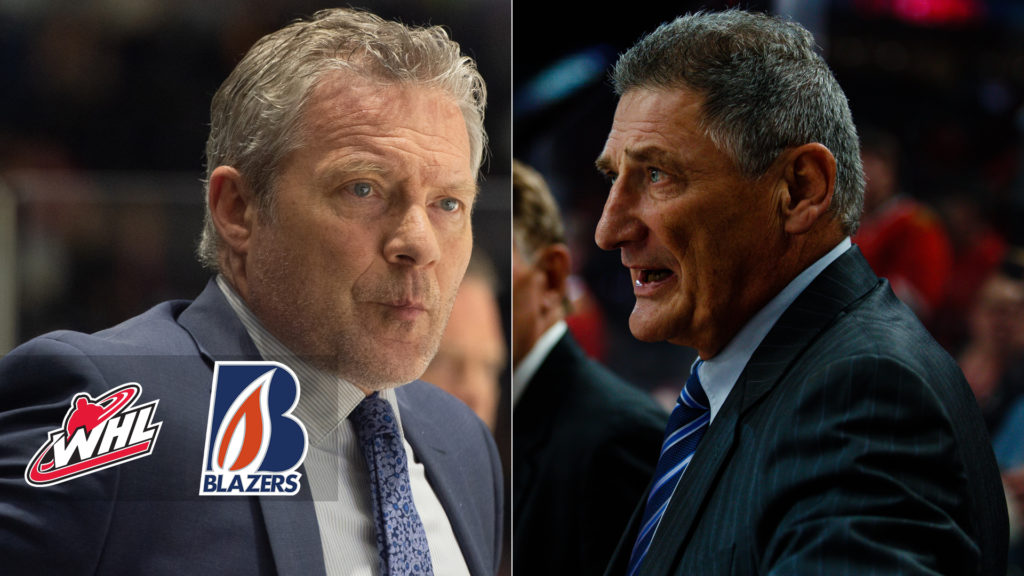 Kamloops, B.C. – The Kamloops Blazers have announced that the hockey club has hired Don Hay as an Associate Coach. Hay rejoins the Blazers after spending the past four seasons as an Assistant and Associate Coach for the Portland Winterhawks.

Hay has a vast amount of experience coaching all levels of hockey. He started his coaching career as an Assistant Coach with his hometown Kamloops Blazers in 1985-86.

“We are thrilled to welcome Don back to the hockey club,” commented General Manager and Head Coach, Shaun Clouston. “Don has a wealth of knowledge and experience in our league. We believe he will be a positive contributor to our team as we continue to build on our recent success over the past few seasons,” concluded Clouston.

Hay is the winningest coach in WHL history with 750 career wins and has won four Memorial Cups and seven WHL Championships as a Head or Assistant Coach in the WHL.

The Kamloops Blazers have also extended the contract of General Manager and Head Coach Shaun Clouston. He has been the Head Coach of the Blazers since 2019 and took on the dual role in the summer of 2021. He has a record of 107-39-6-1 over three seasons with the Blazers.

The Blazers have won the B.C. Division title in all three seasons with Clouston at the helm. Clouston also has 498 career WHL wins as a Head Coach which is first among all active WHL coaches.