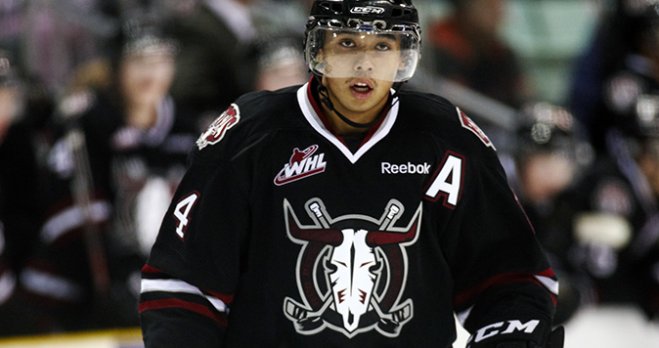 Portland, OR — The Portland Winterhawks have acquired the rights to Minnesota Wild defenseman Mathew Dumba along with a conditional bantam draft pick from the Red Deer Rebels in exchange for forward Presten Kopeck and conditional picks.

Dumba, 19, was selected seventh overall in the 2012 National Hockey League Entry Draft by the Wild, and has played 13 games with the Wild this season.

Should Dumba be returned to the WHL this season by the Wild, he’d continue a successful junior career. Last season with Red Deer he totaled 16 goals and 26 assists for 42 points in 62 games, and in 199 games over four seasons with the Rebels, Dumba has career totals of 51 goals and 76 assists for 127 points. Red Deer selected Dumba fourth overall in the 2009 Bantam Draft.

“We feel acquiring the rights to Mathew Dumba is a risk worth taking. He’s an impact player who can dominate both ends of the ice. He would also bring terrific character and leadership, as he’s a very highly-regarded player around the league,” said Portland Winterhawks General Manager & Head Coach Mike Johnston. “It was a difficult decision to trade Presten Kopeck as he has been an integral part of our championship team the last two seasons. His character and ability will certainly help the Rebels move forward with their young group.”

In his second season with the Hawks, Kopeck has four goals and six assists for 10 points in 24 games. Last season he had 19 points in 64 games.

The Rebels have dealt the rights to 19-year old defenceman Mathew Dumba, and a conditional pick in the 2014 Western Hockey League Bantam Draft, to the Portland Winterhawks in exchange for 18-year old forward Presten Kopeck and conditional draft picks in the WHL Bantam Draft.

Kopeck is in his second season in the WHL. He has played 88 career games with the Winterhawks, scoring 14 goals and 15 assists for 29 points.  Kopeck was a 3rd round choice, 60th overall, by Portland in the 2010 Western Hockey League Bantam Draft.

Mathew Dumba is currently with the Minnesota Wild of the National Hockey League.