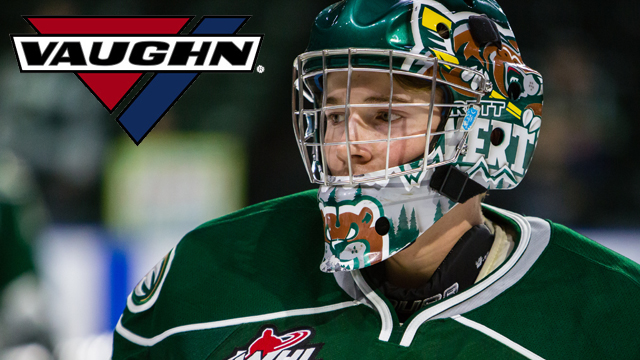 Calgary, AB – The Western Hockey League announced today that Carter Hart of the Everett Silvertips has been named the Vaughn WHL Goaltender of the Month for November 2015.

A 17-year-old from Sherwood Park, AB, Hart posted a record of 9-2-0-1 over 12 appearances in November. He recorded a 1.16 goals against average and a .951 save percentage to go along with four shutouts. In 11 of the games he started, Hart held the opposition to two goals or fewer.

Hart’s terrific play has guided the Silvertips to third place in the U.S. Division standings. The 6-1, 170 lb netminder claimed a second star mention and five third star nods in November. Hart currently leads all WHL goaltenders in many categories with a 1.61 goals against average, a .939 save percentage, six shutouts and is also tied for first with 14 victories. Hart was also named the Vaughn CHL Goaltender of the Week for the week ending November 29th, 2015 earlier today.

Hart is in his second WHL campaign with the Everett Silvertips and has posted a 32-12-2-6 record with 10 shutouts in 54 career regular season contests and is eligible for the 2016 NHL Draft.

These accomplishments make Carter Hart a deserving choice as the Vaughn WHL Goaltender of the Month for November.