Hamblin & Hofer named to Vaughn CHL Team of the Week 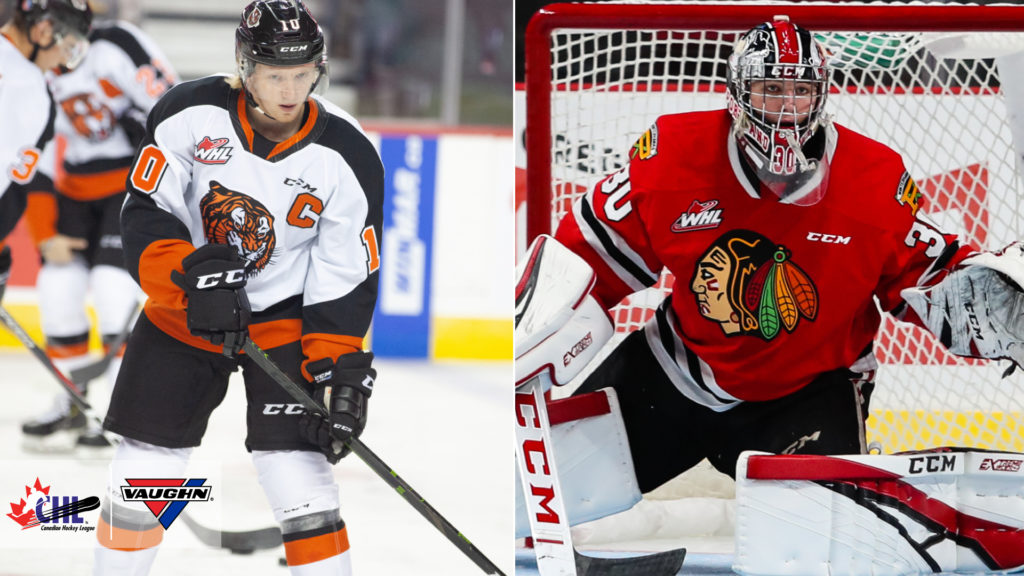 Toronto, Ont. – The Canadian Hockey League today announced the fourth edition of the Vaughn CHL Team of the Week for the 2019-20 season based on individual performances from Oct. 7-13. This week’s edition features Medicine Hat Tigers captain James Hamblin and Portland Winterhawks goaltender Joel Hofer from the Western Hockey League.

Leading the way up front is Drummondville Voltigeurs centre Xavier Simoneau, who wrapped up the week with 10 points (3G-7A) across a trio of appearances. That stretch included a five-point showing versus the Baie-Comeau Drakkar in which Simoneau contributed on each tally in coming away with five points (1G-4A). For his efforts, Simoneau was recognized as the Ultramar Quebec Major Junior Hockey League (QMJHL) Player of the Week.

Also up front is Halifax Mooseheads right-wing and Edmonton Oilers prospect Raphael Lavoie, who finished with eight points (4G-4A) in three contests. His top performance came in a four-point (2G-2A) outing against the Val-d’Or Foreurs on Sunday, earning second-star recognition.

Rounding out the forward ranks is Medicine Hat Tigers centre James Hamblin, who also claimed WHL On the Run Player of the Week honours following a seven-point week (2G-5A) in three straight wins for the Tigers. Hamblin pushed his point streak to five games Saturday following a three-point night versus the Red Deer Rebels in which he came away with three points (1G-2A) one goal en route to second-star honours.

Also on the back end is Quebec Remparts defenceman Darien Kielb, whose week saw him record six points (1G-5A) in a pair of appearances. His top showing came in registering three points (1G-2A in a 6-4 win over the Chicoutimi Sagueneens en route to first-star recognition. Kielb currently sits tied for first among all CHL defencemen with 15 points (5G-10A).

Between the pipes, Portland Winterhawks goaltender and St. Louis Blues signee Joel Hofer went undefeated in regulation as he posted a 2-0-0-1 showing with one shutout victory across three appearances coupled with a 0.97 goals-against average and .963 save percentage. Hofer’s busiest game of the week came Sunday with a 39-save performance versus the Edmonton Oil Kings that earned him third-star recognition despite the 2-1 shootout loss. 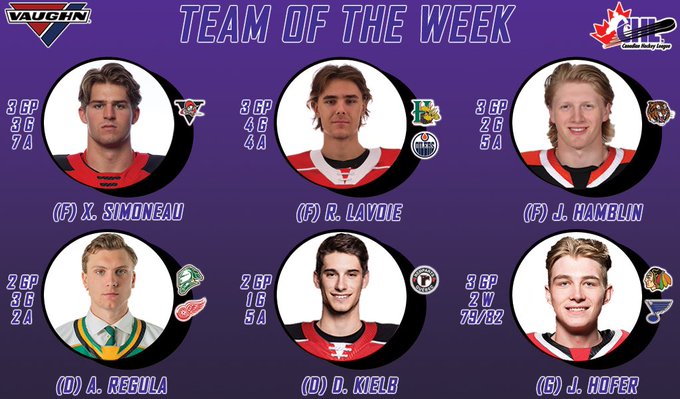