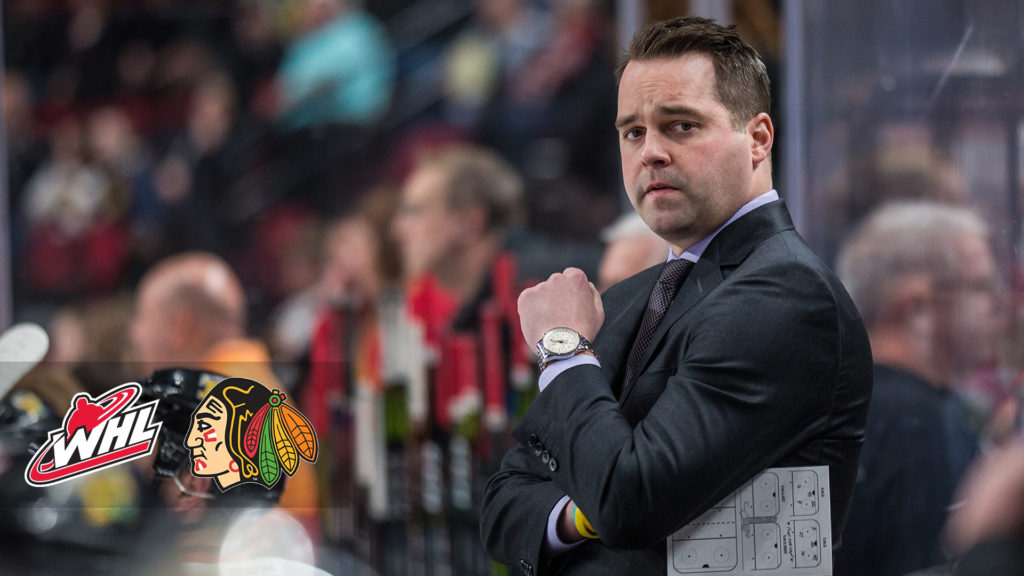 “Kyle is a bright, young coach who will help our team and strengthens our coaching staff,” said Canucks head coach Travis Green, who was Gustafson’s colleague in Portland for five years from 2008 to 2013.

From Portland to the @NHL.

We are so proud of you, Kyle. Best of luck with the @Canucks!

“It’s really flattering to be considered for a job in the National Hockey League,” Gustafson began. “To work in the NHL is something that everyone dreams of and all coaches strive for. Getting the chance to work for the Vancouver Canucks, and to work once again with Travis [Green], is a great opportunity and something that I didn’t want to pass up.”

“Kyle has been a long-time member of the Winterhawks and has done a phenomenal job of moving up through our organization,” added Winterhawks vice president / general manager and head coach Mike Johnston. “He’s become one of the most sought-after coaches in the Western Hockey League and he’s a personal friend. I have a great respect for his work ethic and the quality of his coaching skills. As an organization we want to wish Kyle, Tonya, Callum and Charlotte all the best as they move forward into the National Hockey League.”

Gustafson departs the Winterhawks after 18 years with the team. He joined the Portland staff as an assistant coach during the 2003-04 WHL season and was promoted to associate coach in December of 2015, adding the role of assistant general manager in October of 2018.

Gustafson helped the Winterhawks capture the WHL Championship during the 2012-13 season, part of a stretch of four consecutive Western Conference titles for Portland from 2010-11 through 2013-14. The Winterhawks also won the Scotty Munro Memorial Trophy as Regular Season Champions on two occasions (2012-13 and 2019-20) during Gustafson’s tenure.