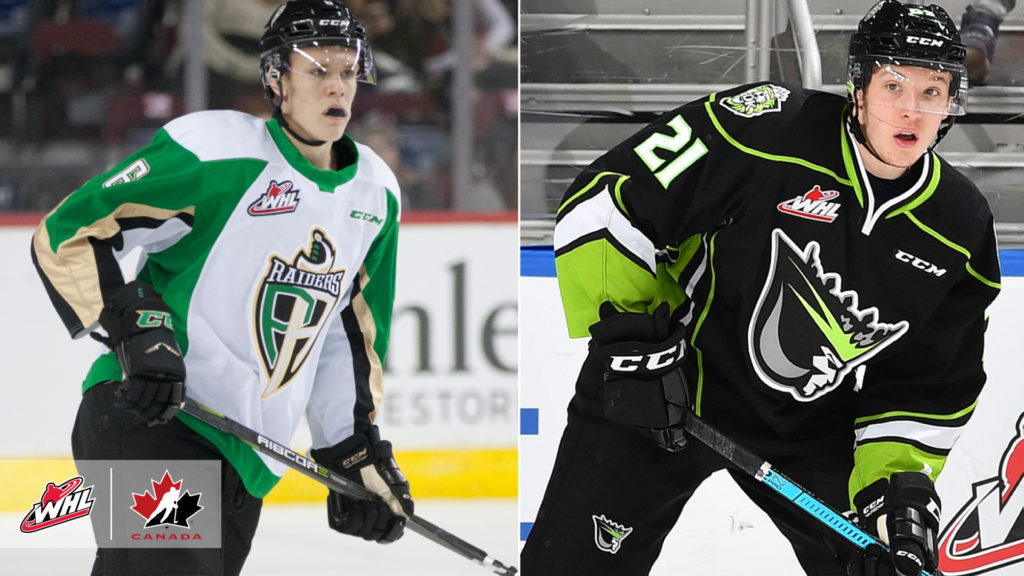 A pair of Western Hockey League players will look to lead Canada to a second consecutive gold medal at the Hlinka Gretzky Cup.

Guhle, a 6-foot-3, 186-pound product of Sherwood Park, Alta., recently capped off a stellar rookie season with the Raiders by helping them claim the Ed Chynoweth Cup for the second time in team history. The first-overall selection from the 2017 WHL Bantam Draft recorded 17 points (3G-14A) in 65 games, including one power-play goal and one game-winning goal. He then added three assists in 23 games during the 2019 WHL Playoffs. Overall, Guhle has appeared in 73 WHL regular season games, posting 18 points (3G-15A). He also appeared in three games with the Raiders at the 2019 Memorial Cup presented by KIA.

Neighbours, a 5-foot-11, 196-pound product of Airdrie, Alta., completed a productive rookie campaign of his own with the Oil Kings, helping them advance to the Eastern Conference Championship for the fourth time in the team’s 12-year history. He posted 24 points (11G-13A) in 47 games, including three power-play goals and one game-winning goal. During the 2019 WHL Playoffs, he posted 12 points (4G-8A) in 16 games, tallying a pair of game-winning goals as part of his totals. Neighbours ranked fourth in scoring on the Oil Kings during the 2019 WHL Playoffs. Overall, Neighbours has appeared in 58 WHL regular season games, posting 28 points (11G-17A).

The pair aren’t strangers to showing leadership when representing their country or playing with each other. Both served as captains at the 2018 World Under-17 Hockey Challenge and earned a silver medal together at the 2017 WHL Cup with Team Alberta.