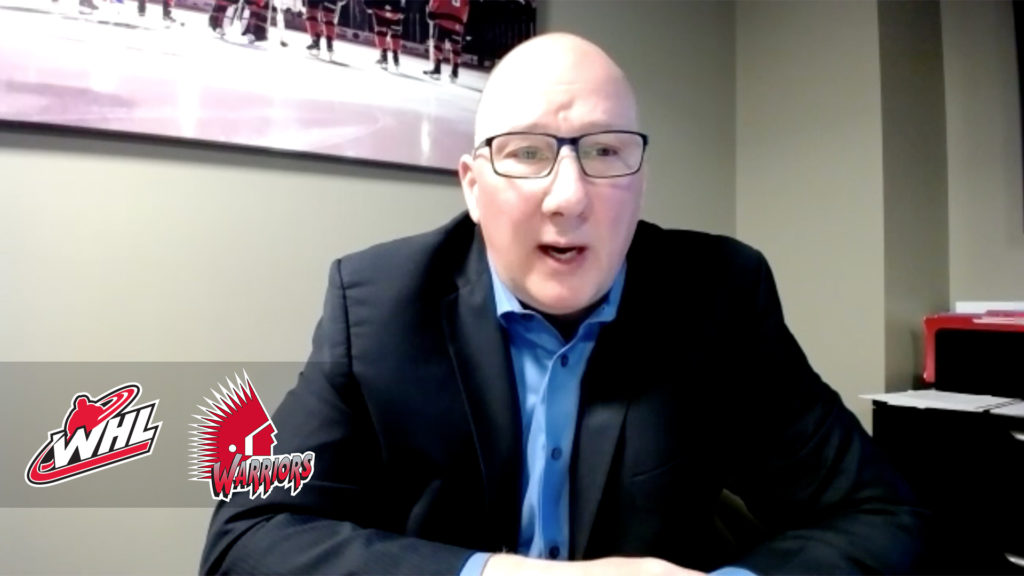 The Moose Jaw Warriors Board of Directors has announced that Alan Millar will be stepping down as the hockey club’s General Manager after accepting the position of Director of Player Personnel within Hockey Canada’s Program of Excellence.

“This is both an exciting and difficult day for my wife Kelly and I.  Our 10 years in Moose Jaw have been very special to us both professionally and personally.  We have met so many wonderful people in our time here that will be lifelong friends,” said Millar.

“I would like to thank Chad Taylor, Bob Dougall and the Warriors Board of Directors for their outstanding support. It has been first class,” Millar added.  “This team is in good hands with a bright future, surrounded by a great staff. Thank you for all your hard work and friendship. Thank-you to the great Warriors fans and corporate partners. You are the best in the CHL.  Finally, thank-you Moose Jaw, we have great memories and will miss you.”

“The Moose Jaw Warriors organization is very grateful for Alan’s leadership over the last ten years,” commented Chad Taylor, Warriors President and Governor.  “Alan has put into place a foundation for this organization to continue to grow and thrive for years to come.  I could not be happier to see Alan and his wife Kelly be given this next opportunity with Hockey Canada.  Personally, I will miss Alan, but what a great story we have to tell and now being given the opportunity to see Alan tackle this next challenge.”

Millar joined the Moose Jaw Warriors in 2010 when he was named Director of Hockey Operations, he was named General Manager in 2012.  Under Millar, the Warriors won East Division titles in 2012 and 2018, and they captured the 2017 – 2018 Scotty Munro Memorial Trophy.  He leaves the organization as its longest-serving General Manager.

“Alan is well-versed with all levels of the Program of Excellence, and the invaluable experience he brings will make him a key addition to our staff,” said Scott Salmond, Senior Vice-President of National Teams for Hockey Canada. “He has extensive knowledge when it comes to evaluating players in the Canadian Hockey League, including the Canada-Russia Series, and for Hockey Canada’s national teams. His insight and leadership will assist us not just when it comes to athlete development, but in recognizing the athlete skill set it takes to compete on the international stage.”

Millar has worked with Hockey Canada over the past three years, overseeing the Under-20 program last year and the Under-18 program the previous two.  He has a silver medal from the 2021 IIHF World Junior Hockey Championship and a gold and silver medal with Canada’s National Men’s Summer Under-18 Team at the Hlinka-Gretzky Cup in 2018 and 2019.

Alan Millar has been named director of player personnel, overseeing player evaluations for the Program of Excellence.