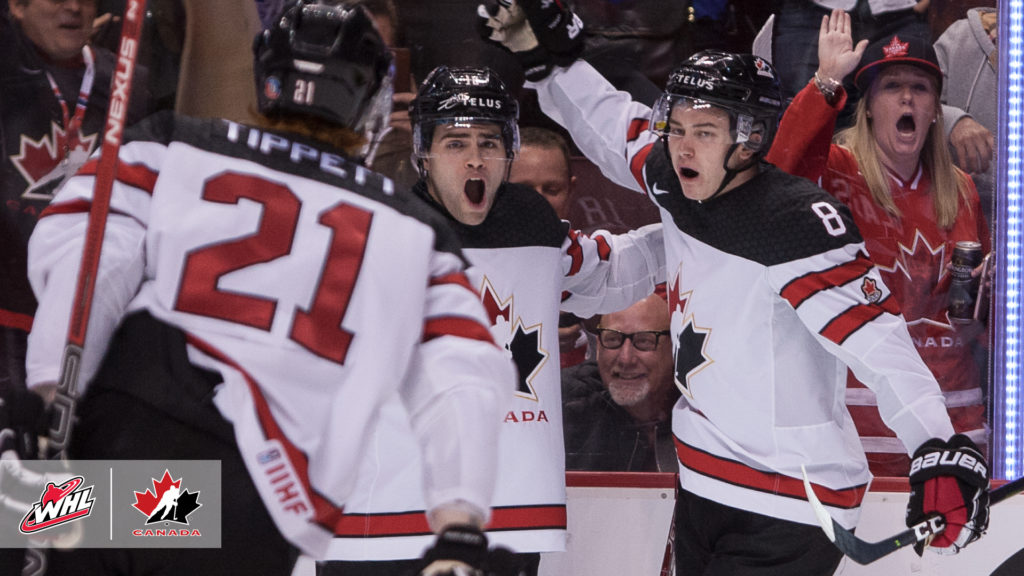 Russia prevailed in a hard-fought matchup against Canada while the United States, Sweden and the Czech Republic are also headed into Wednesday’s quarter-final action off victories. Here’s a look at New Year’s Eve action from Vancouver and Victoria.

“We’ve gotten better every day, [and] every game. We lost today, but we still got better,” said head coach Tim Hunter. “We’re going to learn a lesson from this game and it still makes us a better team, so we’re building chemistry and camaraderie. We’ve become a real tight group and guys really care about each other. As we move along that’s only going to get better and bigger.”

Montreal Canadiens prospect Alexander Romanov picked up the assist on the game winner while netminder Pyotr Kochetkov turned aside 30 shots, helping Russia improve to 4-0-0-0 and capture top spot in Group A.

“I felt pretty comfortable, but there’s definitely areas of my game I can polish up,” said goaltender Michael DiPietro. “It’s not about me, it’s about the team, the result and winning. We came up short tonight, but we all have to be better. We hold ourselves to a high standard, we strive for perfection each day and coach’s message was good to us, it was motivating and something we can build off of. Adversity is good for our group, especially heading into games that really count.”

Goaltenders Kochetkov and Canada’s DiPietro (Ottawa 67’s) came up big on a number of occasions in this one before Russia punched its ticket to a quarter-final matchup with Slovakia on Wednesday while Canada will face Finland.

Here’s a look at how current Western Hockey League players on international teams fared in the final day of round-robin competition: