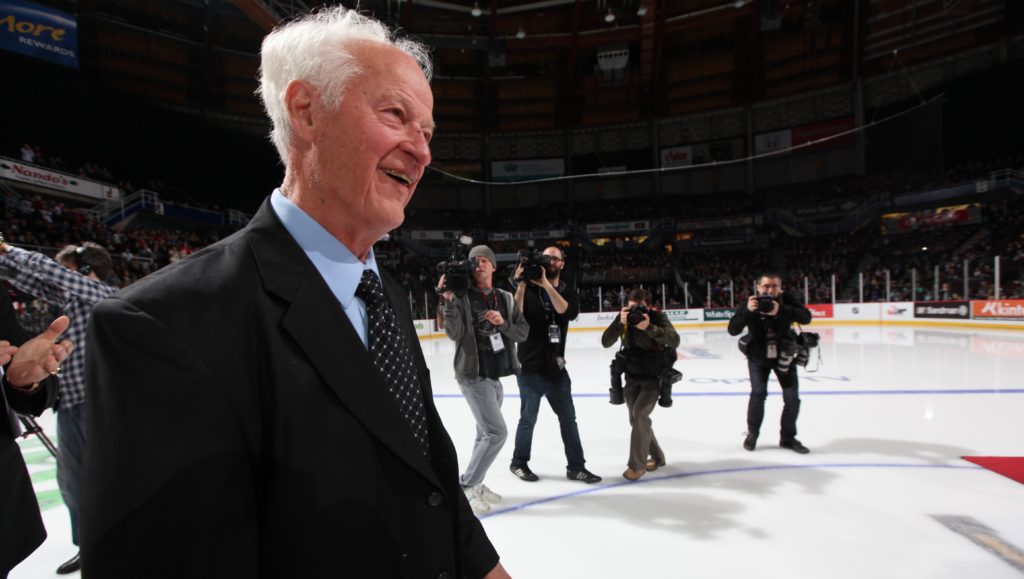 The Vancouver Giants announced on Wednesday that the hockey club will honour late co-owner, Mr. Hockey, Gordie Howe at the 2016/17 home opener against the Everett Silvertips on September 23rd at the Langley Events Centre.

“Gordie was a big part of the franchise from the start,” said Majority Owner Ron Toigo. “Along with Pat, he gave us instant credibility in the hockey world. He was like family to us. We will never forget what he meant to the Giants, and to be sure no one ever does, we will honour him as we did Pat by retiring number 9 on opening night with the Howe family. ”

The Giants will wear special uniforms to pay tribute to Howe while the two teams will also play with a special #9 game puck. The Howe family will be on hand for a pre-game ceremony, and every fan who attends the game will receive a commemorative pin.

The Giants also released their full schedule of special event nights for the 2016/17 season on Wednesday.

Fill The Rink in support of Basics for Babies – Wednesday, March 1st vs. Portland Winterhawks

The Giants will be in action on Friday night when they visit the Okanagan to take on the Kelowna Rockets. Puck drop is set for 7:05pm.

Vancouver will conclude the pre-season campaign on Saturday afternoon against the Victoria Royals at the Langley Events Centre at 3:00pm. For tickets, click here or call 604.882.8800.