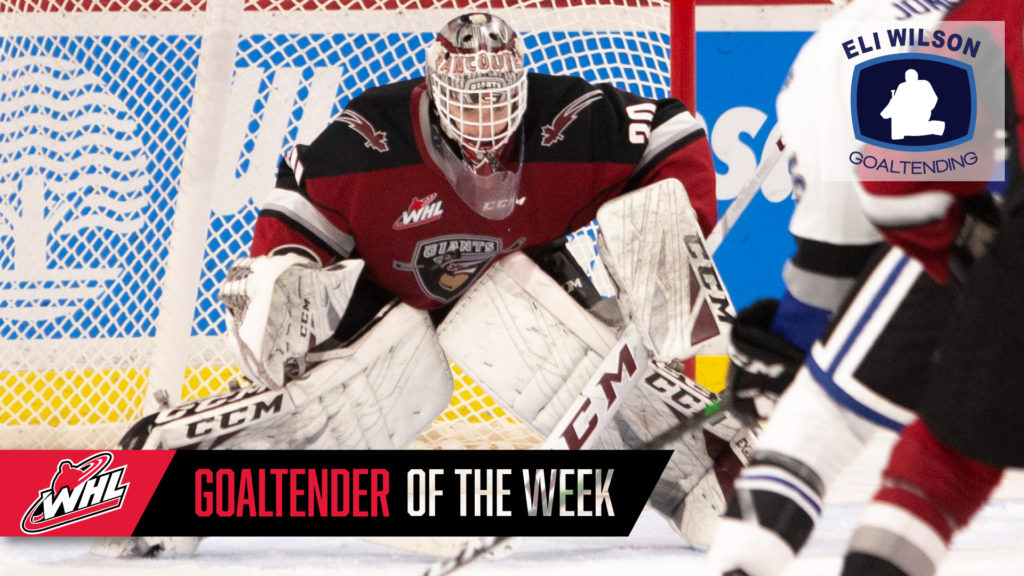 Calgary, Alta. – The Western Hockey League announced today that Arizona Coyotes prospect David Tendeck of the Vancouver Giants has been named the WHL Eli Wilson Goaltending Goaltender of the Week for the week ending November 17, 2019.

In one appearance this week, Tendeck posted a 38-save shutout in a 4-0 win against the Prince George Cougars Saturday on home ice. The win kept the Giants in second place in the B.C. Division with an 11-9-1-1 record and 24 points.

The 19-year-old Tendeck was chosen by the Coyotes in the sixth round, 158th overall, of the 2018 NHL Draft.

This season, Tendeck has appeared in 11 games, posting a 6-4-0-0 record, 2.04 goals-against average, 0.926 save percentage and three shutouts. Among WHL goaltenders, the 6-foot-2, 181-pound product of North Vancouver, B.C. is tied for the league lead in shutouts, ranks fourth in GAA, and is tied for fourth in SV%.

The Giants return to action on Wednesday, November 20 (7:00 p.m. PT) against the Portland Winterhawks at the Veterans Memorial Coliseum.