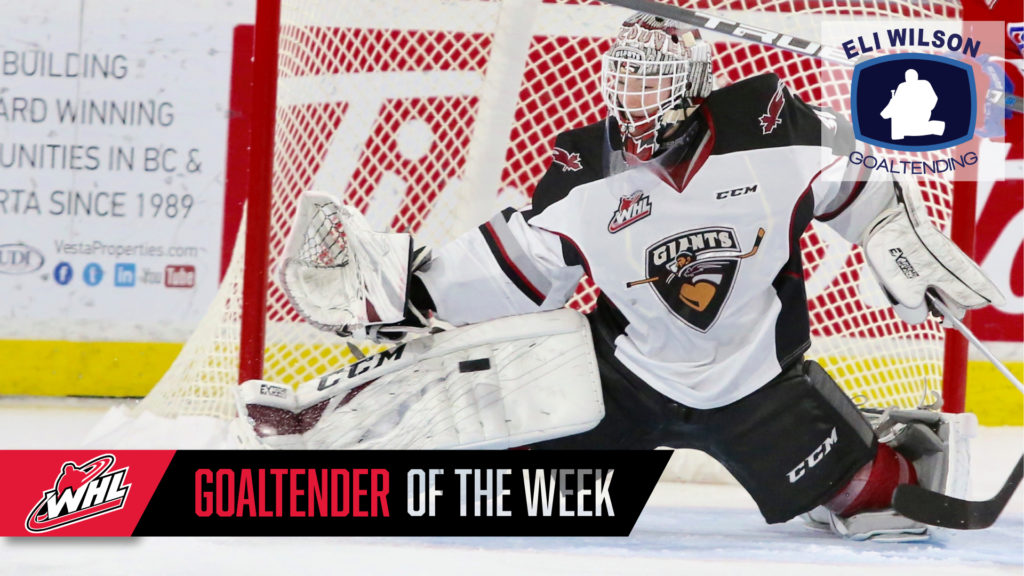 Tendeck, a prospect for the Arizona Coyotes, appeared in two games during the past week, picking up a pair of wins over the Spokane Chiefs. He sported a 2-0-0-0 record, 1.50 goals-against average and stopped 54 of 57 shots for a .947 save percentage.

His efforts began Friday with a 30-save performance in a 4-1 win over Spokane. After stopping 11 shots in the first period, eight in the second and 11 in the third, Tendeck was awarded the first star of the game as well as the third star of the night in the WHL. The following night, Tendeck stopped 24 of 26 shots in a 4-2 win for Vancouver. Saving seven shots in the first period, 11 in the second and six in the third, Tendeck aided the Giants in their 2-0 series lead over the Chiefs.