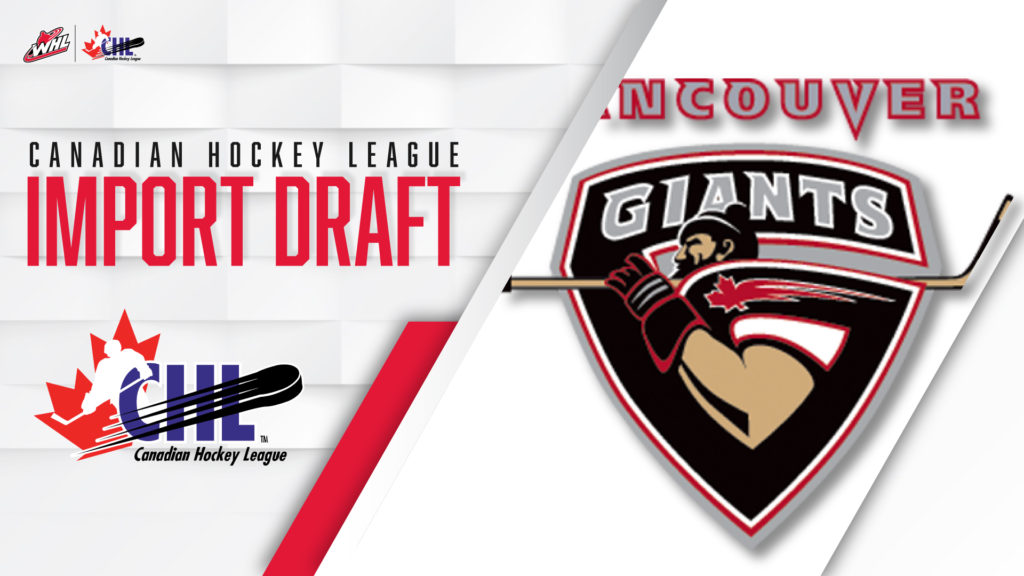 “Milos is your prototypical playmaking centre,” said Glen Hanlon, General Manager. “When you build teams, you want strength down the middle, and we’re excited that Milos will help us in that regard next season. Yannik will be a high-end player for us in the 2018/19 season. With our confidence in our current roster, we felt that we could select a player for the future to help us down the line, and we look forward to having Yannik join us at a later date.”

Roman spent the 2016/17 season with HC Frydek-Mistek in the second tier of professional hockey in the Czech Republic. The 17-year-old centre tallied four goals and two assists in 29 regular season games. Roman, who is listed at 6’0”, 194 lbs, has represented his country at multiple tournaments. He scored a goal and an assist in four games for Slovakia at the 2017 World Junior Championships where he played alongside former Giant Radovan Bondra. He also had two points in five games at the 2017 Under-18 World Championships and amassed five points in four games at the 2016 Ivan Hlinka Memorial Cup. Roman was selected by HC Slovan Bratislava in the third round of the 2016 KHL Draft and is not eligible for the NHL Draft until 2018.

Valenti played for Jungadler Mannheim U-19 in the German Junior League (DNL) in 2016/17, scoring 20 goals and 23 assists in 40 games to help his team to the championship. The 16-year-old also represented Germany at the 2017 Under-18 World Championships Division I – Group A, appearing in three games. Valenti is listed at 5’10”, 156lbs, and isn’t eligible for the NHL Draft until 2019.

Buy your Vancouver Giants season tickets for the 2017/18 season today! For more information on how you can make sure you’re at the Langley Events Centre for every exciting game, call 604.4.GIANTS (604.444.2687) or click here.