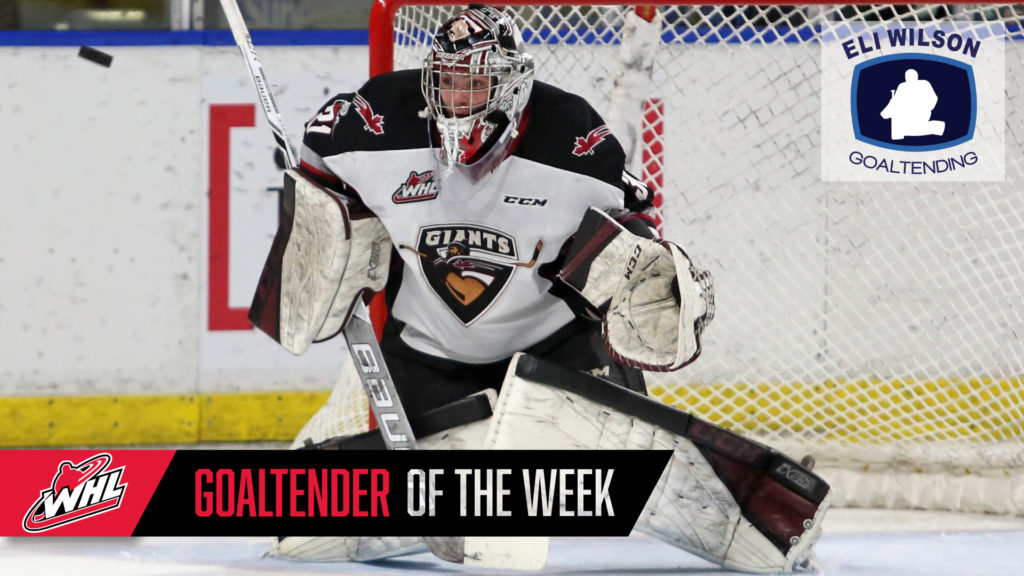 Miner posted a 1-0-1-0 record, a 1.48 goals-against-average, and stopped 59 of 62 shots for a 0.952 save percentage as the Giants rebounded from a Friday night loss to claim three of four points on Saturday and Sunday.

Completing a home-and-home against the Portland Winterhawks Saturday at the Langley Events Centre, Miner stopped 31 of 33 shots in a 2-1 overtime loss to the Winterhawks. Miner allowed a goal in the first period, then silenced the Winterhawks in the second and third periods before allowing the single goal in overtime. For his efforts, Miner was named the first star of the game.

Sunday, the Giants secured their first win of the weekend in a 3-1 result against the visiting Kelowna Rockets. Miner stopped 28 of 29 shots in the contest, holding the Rockets off the board until the third period. For his performance, Miner was named the second star of the game.

The Giants return to action Saturday, October 28 (7:00 p.m. PT) when they continue their eight-game home stand against the Seattle Thunderbirds.