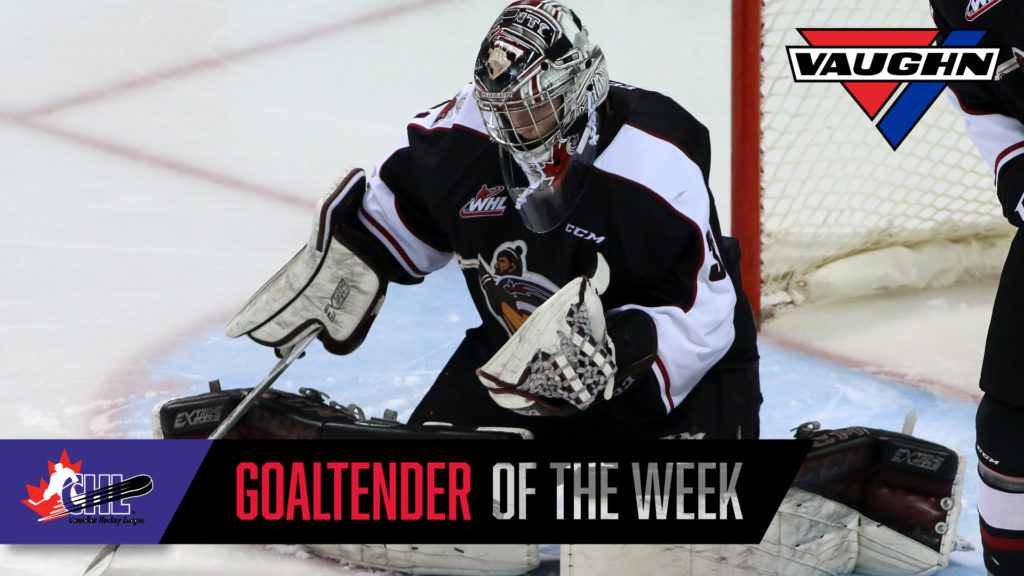 Toronto, Ont. – The Canadian Hockey League today announced that rookie Trent Miner of the Vancouver Giants in the Western Hockey League is the Vaughn CHL Goaltender of the Week for the regular season week ending October 7 after posting a 2-0-0-0 record including a shutout victory with a goals-against-average of 1.00 and save percentage of .964.

Miner turned aside 54 shots across his first two starts of the 2018-19 WHL season helping the Giants extend their winning-streak to four games putting them in a first place tie atop the Western Conference standings with a 6-1-0-0 record. On Wednesday night he earned his first career shutout with a 21-save performance and third star honours blanking the Kelowna Rockets by a 5-0 score on the road. He followed that effort with 33 saves on Saturday night in Prince George including 14 stops in the third period alone to preserve a 3-2 victory over the Cougars.

A 17-year-old from Brandon, Man., Miner was chosen 20th overall by the Giants in the 2016 WHL Bantam Draft. His two games this season follow his WHL debut of a year ago where he appeared in nine regular season games and carried a 3-4-0-0 record with a goals-against-average of 4.20 and save percentage of .885. He also appeared in three playoff contests and earned a victory in Game 1 of the 2018 WHL Playoffs against the Victoria Royals in March 2018.  Miner is eligible for the 2019 NHL Draft. The 6-foot-1, 179-pound puck stopper is eligible for the 2019 NHL Draft.
Miner has also appeared in three games during the 2018 WHL Playoffs, sporting a 1-2 record, 3.41 GAA and a 0.901 SV%. His WHL playoff debut, which came against the Victoria Royals on March 23, 2018, saw Miner stop 40 of 41 shots to earn the victory. 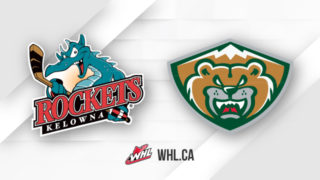