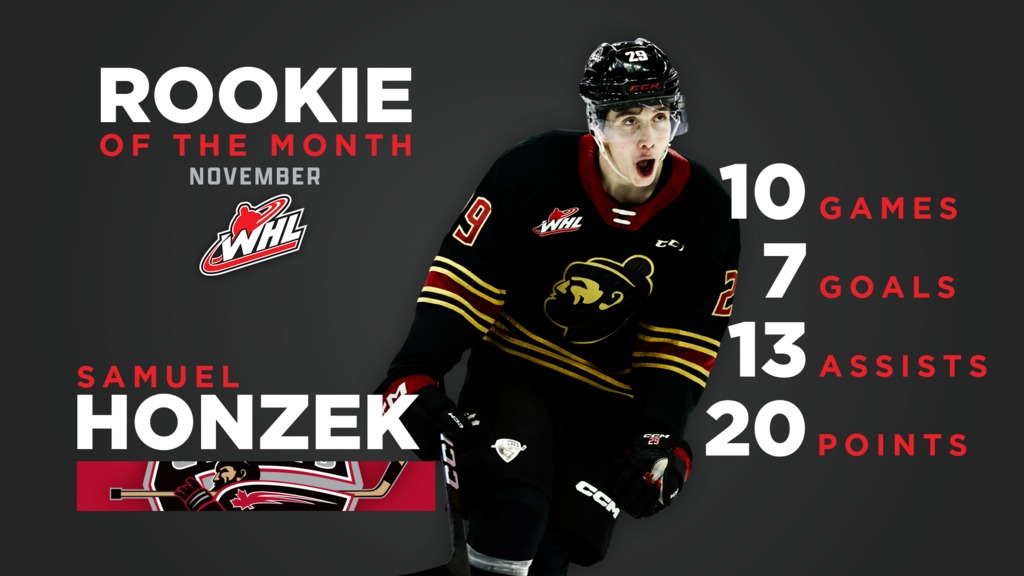 Calgary, Alta. – The Western Hockey League announced today that Vancouver Giants forward Samuel Honzek has been named the WHL Rookie of the Month for the month of November.

Honzek, an ‘A’ rated prospect for the 2023 NHL Draft, led all WHL rookies with 13 assists during the month of November, concluding the month with 20 points (7G-13A).

The product of Trencin, Slovakia recorded at least a point in all but one of his 10 games played in November, collecting four points November 12 at Prince George and adding a trio of three-point efforts November 1 at Medicine Hat, November 13 against the Cougars and November 30 versus Moose Jaw.

The 6-foot-3, 181-pound forward led the Giants with seven goals this past month and is the only WHL rookie to currently lead his team in scoring.

Originally selected by Vancouver with the 10th-overall pick in the 2022 CHL Import Draft, Honzek has amassed 35 points (14G-21A) in 24 career WHL games with the Giants.

Samuel Honzek and the Vancouver Giants are next in action Friday, December 2 when they open a home-and-home series with the Blazers in Kamloops (7:00 p.m. PT, Sandman Centre).