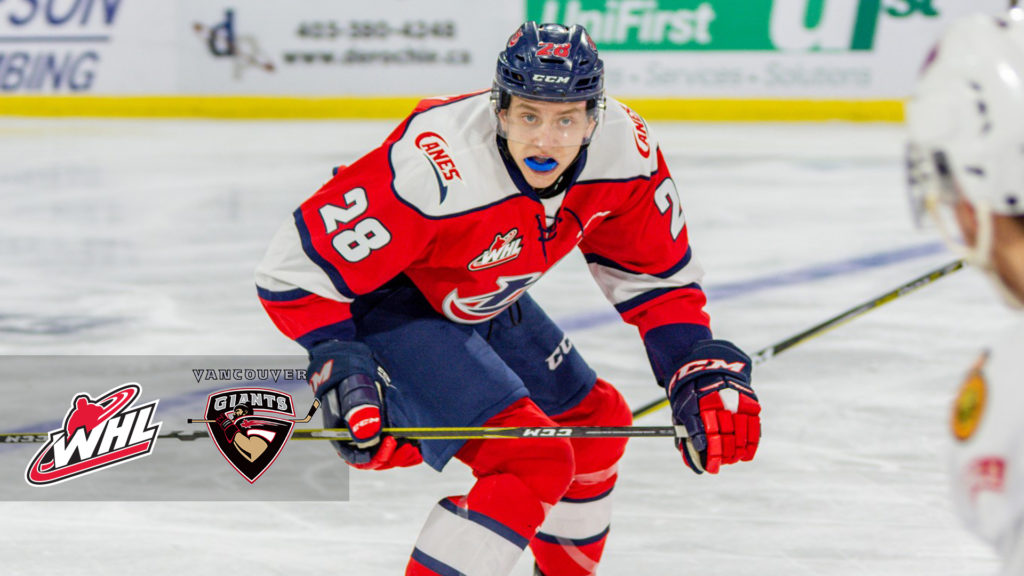 The trade was announced by both Clubs Friday afternoon.

“It’s always hard to trade key members of your team, especially someone like Alex who has been a big part of our organization for many years but being able to acquire a 16-year-old prospect and four additional draft picks made this a very enticing move for where we are at,” said Hurricanes general manager Peter Anholt.

“We want to thank Alex for all of his contributions over his time with the Hurricanes and wish him all the best in his future,” added Anholt.

Cotton, 20, was selected by the Hurricanes in the fifth round (99th overall) of the 2016 WHL Draft. The Red Wings prospect skated in 154 career regular season games with Lethbridge totaling 110 points (33G-77A) along with 100 penalty minutes. Cotton, who hails from Langley, B.C., led all WHL defencemen in scoring during the 2019-20 season with 20 goals and 67 points.

McInnes, 16, was originally drafted by the Giants in the ninth round (186th overall) in the 2020 Western Hockey League Prospects Draft. The Nanaimo, B.C. product has skated in eight games this season with the St. George’s School U18 Prep team in the CSSHL where he has totaled three assists.

TRADE: The Vancouver Giants have acquired 2001-born defenceman/@DetroitRedWings prospect Alex Cotton in a trade with the @WHLHurricanes.

TRADE: The #WHLCanes have acquired the rights to 2005-born defenseman Hunter McInnes and four draft picks from the Vancouver Giants in exchange for 2001-born defenseman Alex Cotton!