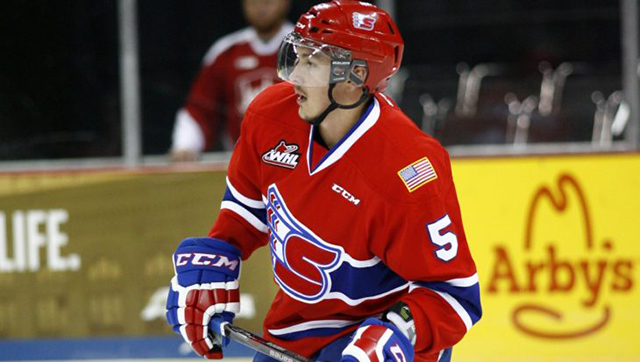 The Vancouver Giants announced on Monday that the hockey club has added overage defenceman Jeff Rayman to its roster.

“We’re happy to add Jeff to our blue line,” said Glen Hanlon, general manager of the Giants, in a team release.. “He’s a veteran WHLer who will bring a consistent game to our back end and have a positive impact on our younger defenceman.”

Rayman, a native of Fernie, B.C., is a veteran of 147 career WHL games split between the Spokane Chiefs and Tri-City Americans. The 20-year-old blue liner suited up in seven games with the Americans this season before being waived. Standing 6-foot-3 and weighing 215 pounds, Rayman has 13 points and 93 penalty minutes in his WHL career.

Would like to say thank you to @TCAmericans for making the past year of hockey one of the best of my life. I'll never forget my time here.

Vancouver’s next game is on Wednesday, October 19th, when the G-Men welcome the Saskatoon Blades to the Langley Events Centre. For tickets, click here or call 604.4.GIANTS (604.444.2687).