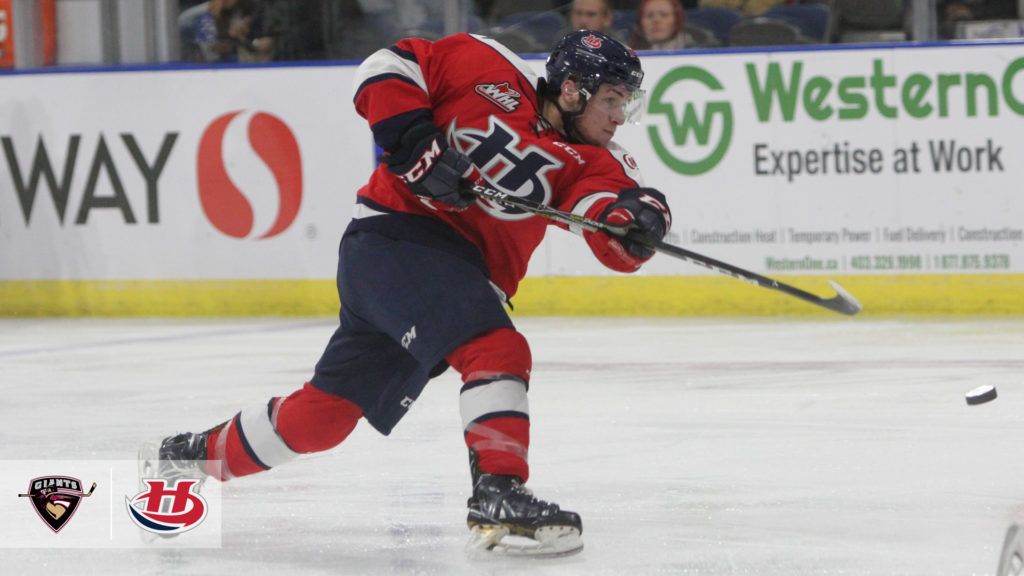 Friday afternoon, the Vancouver Giants acquired the 2000-born product of West Vancouver from the Lethbridge Hurricanes in exchange for a third-round pick in 2021 WHL Bantam Draft.

The 5-foot-9, 180-pound Shepard, originally a second-round pick (23rd) of the Kamloops Blazers at the 2015 WHL Bantam Draft, has skated in 181 career WHL regular season contests, split between the Blazers and Hurricanes. Along the way, he has tallied 56 points (17G-39A).

Shepard’s younger brother Cole (2002) was selected by the Giants in the second round (33rd) of the 2017 WHL Bantam Draft.

Jackson previously represented Canada at the 2016 World Under-17 Hockey Challenge before helping Canada capture gold at the 2017 Hlinka Gretzky Cup.

The Vancouver Giants have acquired 2000-born forward Jackson Shepard (@jacksonshepard9) from the Lethbridge Hurricanes in exchange for a third-round pick in the 2021 WHL Bantam Draft.