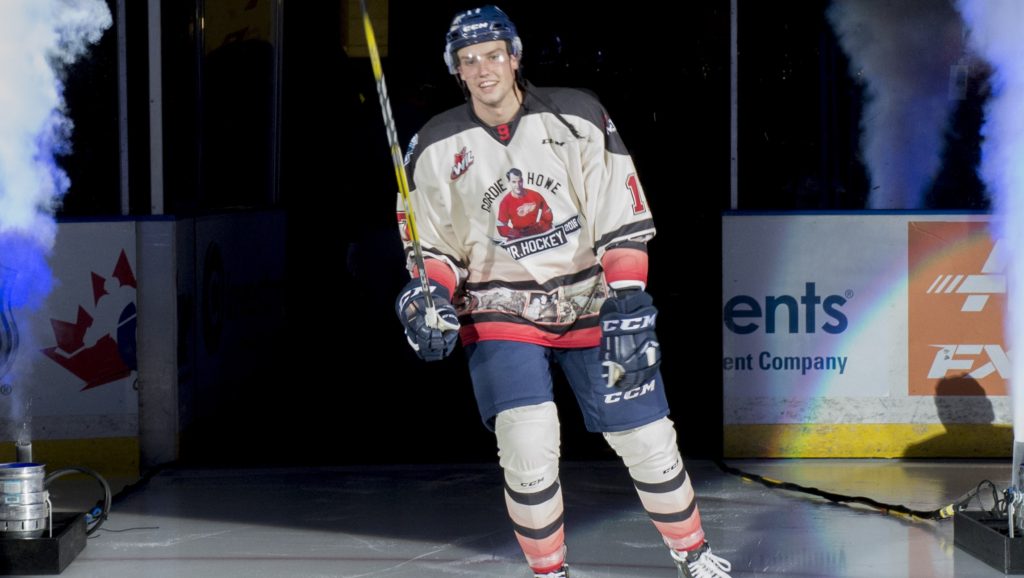 “We’re excited to acquire a local product in Josh Bruce,” said General Manager Glen Hanlon. “We’re putting a lot of emphasis on bringing in character and size, and he has both of those qualities.”

Bruce, a Surrey native, is in his rookie season in the WHL. The 18-year-old has one goal in four games with Saskatoon. He is listed at 6’1″, 185lbs and spent last season playing alongside James Malm with the Valley West Hawks in the BC Major Midget League. Bruce scored 12 goals and 16 assists in 39 games in 2015/16.

Ramsay was drafted by the Giants in the third round of the 2013 WHL Bantam Draft at 50th overall. The Saskatoon native scored three goals and one assist in 43 career games in Vancouver.

Langley, B.C. – The Saskatoon Blades and Vancouver Giants have swapped 18 year old forwards, with each player heading to play for their home town club.

Bruce dressed for 4 games with the Blades this season, registering 1 goal and 4 penalty minutes in the process. Gage Ramsay has played 6 games so far this year with Giants, picking up 1 assist. Gage returns home to Saskatchewan, where he played in the SJHL last season for the Notre Dame Hounds. Ramsay tallied 35 points for the Junior A Hounds last year in 46 games played.

Bruce will stay with the Giants, and Ramsay will join the Blades for the remainder of the road trip.