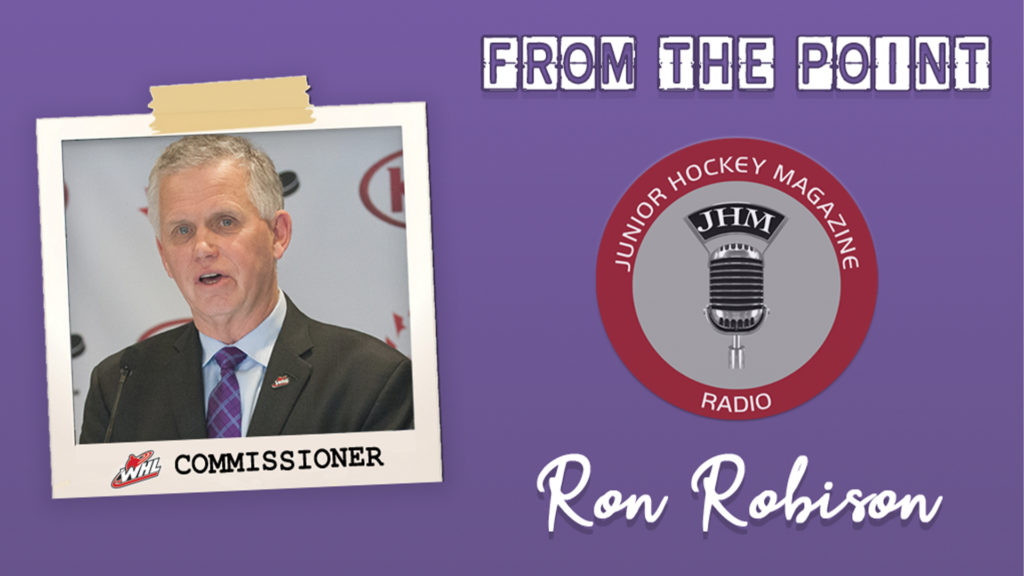 Junior Hockey Magazine: Give us some good news about the resumption of play. What can you tell us?

Ron Robison: We’re very excited. We have permission from Alberta Health after some lengthy discussions. Certainly the success of the World Junior Championship combined with the NHL bubble in the playoffs in the past year has really helped us. We have developed a good relationship with Alberta Health and given them the confidence that our protocols are very comprehensive. It has put us in a position where we can Return to Play and we are getting started February 26 with the five Alberta teams in the Central Division.

JHM: How is that going to play itself out to start?

RR: It will be a traditional travel schedule with weekend games only. We will have a washout period during the course of the week with weekly PCR gold standard testing. Based on those factors and other precautions we are taking as far as the protocols when the players arrive in camp and so forth, I think we have learned from the other experiences and tried to build on that, and certainly through discussion with the health authorities we have taken the necessary steps to be ready. The format of the schedule, with weekend games only, will be lengthened to some extent but at least we will get back playing under the circumstances.

JHM: How many games are you hoping to play and will you be able to have a balanced schedule?

RR: Right now, we are going to commit ourselves to a 24-game regular season schedule, so that will be 12 weekends of two games each weekend. There will be further discussion on whether we will contemplate playoffs. That will largely depend on whether the Memorial Cup will be held this year. We are in discussions with the CHL on the matter and that hasn’t been resolved at this particular stage.

JHM: Give us an idea of what extensive testing protocol means to the staff and kids on the various teams.

RR: There will be more frequent testing when the players arrive. They go through a 28-day process in which they are currently self-isolating at home and then they will arrive at their team centre and be tested and go into another isolation period, which will extend for about a 14-day period before they start training on ice as a full group. We will have a series of tests before they actually begin training with the team but also, given the extensive layoff, a 14-day period to prepare for the start of the regular season.

JHM: How are you going to be able to fund all of this?

RR: We really admire the commitment our owners have made in this area. They have taken on 100 percent of these costs. They feel very strongly that there is a commitment here to the players to make sure their development is served. These are junior-aged players of course and they are at a very critical stage in their development and they need to get back on the ice and have competition at the highest level. It is important for the next stage in their development. It has been something that the teams are very committed to and taking on the burden of those additional costs to make that happen. There are no spectators permitted, there is no real ability to generate very limited sponsorship, so there is virtually no revenue and all costs, so it is a very difficult challenge for our ownership.

JHM: Give me a sense of what it has been like for you in trying to make these decisions.

RR: Credit again to the ownership. Each situation is very unique of course. We are talking about Alberta and Return to Play that has been approved in this province, but we have six jurisdictions we are dealing with and in each of those jurisdictions the health authorities have been very responsive. We are very understanding that they are under tremendous pressure on a number of fronts to evaluate what would be in the best interest from a public health perspective. We have been patient. This is much later than we anticipated going of course because the second wave was a much more significant event than we anticipated, so we have had to be very patient. I think the discussions with the health authorities have gone very well, but through all of this, the ownership has been very committed to finding a way to Return to Play and that is what we are looking to try to accomplish, not only in Alberta but in other provinces and in the United States as well. We did get approval just yesterday for Washington State and our U.S. Division, so we will have two of our four divisions ready. We are hopeful we are going to have an answer very soon in Saskatchewan and Manitoba, and we are working on British Columbia. It has been ongoing discussions in each of those jurisdictions to find a way to play.

JHM: Is there still a chance to see a Memorial Cup champion this season?

RR: Credit Gilles Courteau and the QMJHL for getting started and continuing to play through all of this despite some very difficult challenges in Quebec and the Maritimes. They have found a way to get a large part of their season in, which is a tremendous credit to the leadership there. In Ontario, I know David Branch is working extremely hard with his ownership to find a way as well. But we are all at different stages because it is ultimately determined by the health authorities. We are trying to get there but again the timeframes are difficult because we are all subject to starting once the health authorities provide those approvals. We are at different stages. I think we have a desire to try to get there but it is going to be difficult just given the fact that we were given such a late start to this season.