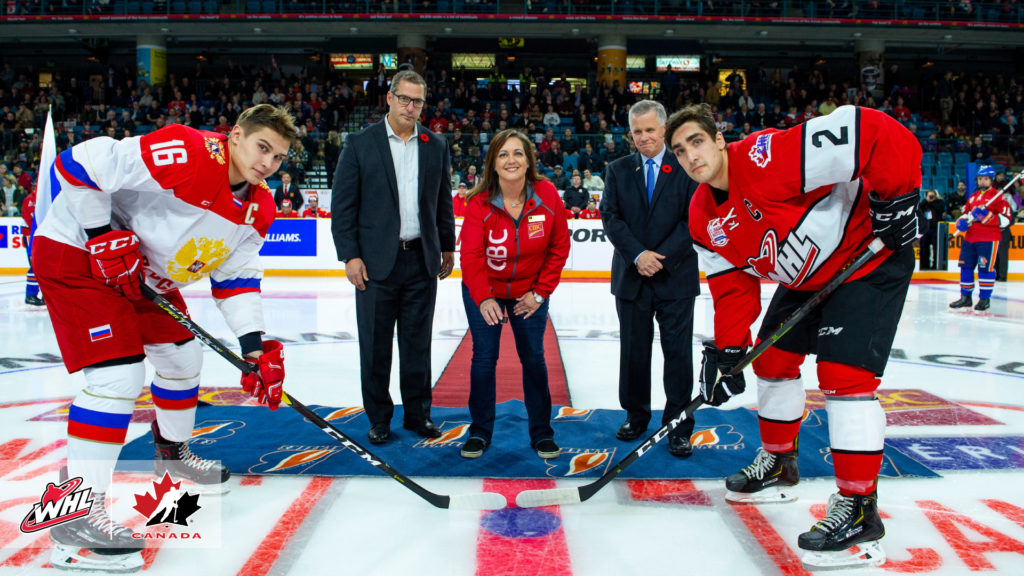 On the road to the 2019 IIHF World Junior Championship, international teams will play 12 pre-tournament games throughout nine communities in British Columbia, including four Western Hockey League markets in December 2018.

Canada will then cross over onto the Lower Mainland, playing their final pre-tournament game at Rogers Arena against Finland on Sunday, December 23.

“This series of exhibition games will give thousands of British Columbians the opportunity to see top notch international junior hockey in their home communities,” said Lisa Beare, minister of tourism, arts and culture. “The Province of British Columbia is committed to hosting events like these to help inspire more people to get physically active and to boost local businesses.”

The Langley Events Centre, home of the division and conference-leading Vancouver Giants, will play host to a pre-tournament battle between Denmark and Finland on Wednesday, December 19 followed by a matchup between the United States and the Czech Republic on Saturday, December 22. The arena recently played host to Game Two of the 2018 CIBC Canada Russia Series.

Fans can also show their pride this December with a number of ticket options to help them Represent in Vancouver, including single-game tickets which are now available. A limited quantity of full-event ticket packages are available for purchase in Vancouver and Victoria, along with nine- and 10-game ticket pack options available at HockeyCanada.ca/Tickets.

For more information on Hockey Canada, Canada’s National Junior Team and the 2019 IIHF World Junior Championship, please visit HockeyCanada.ca, or follow along through social media on Facebook, Twitter and #WorldJuniors.

#NEWS | Nine British Columbia communities will host 12 pre-tournament games between December 18-23, part of the Lordco Road to the World Juniors.