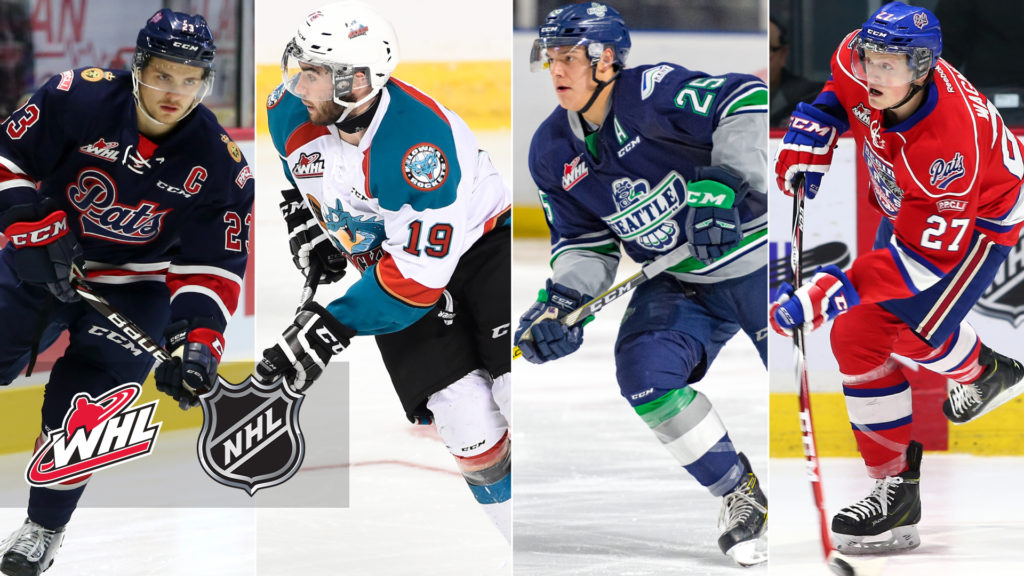 Sam Steel is heading into his third season of professional hockey with the Anaheim Ducks organization. The former second overall pick of the Regina Pats finished last season appearing in 65 of Anaheim’s 71 games, tallying six goals and 16 assists for 22 points on the season. Steel has showed he can score in the pros after posting 41 points in 53 games with the San Diego Gulls of the AHL, adding 13 points in 16 playoff games. The Ducks are set to play in the NHL’s West Division, which bodes well for Steel who previously produced two goals and six assists for eight points against teams in this year’s division.

In four seasons with the Pats, Steel tallied 338 points in 258 games and won the 2016-17 WHL Player of the Year (Four Broncos Memorial Trophy) along with CHL Top Scorer Award and CHL Memorial Cup MVP in 2018. When representing Canada, Steel won gold medals at the 2018 IIHF World Junior Championship and the 2016 Hlinka Memorial Cup.

Steel has started the season off on the right foot, tallying two assists two games. The Ducks season continues Monday evening when they host the Minnesota Wild.

Sam Steel talks about tonight's game, the play of John Gibson, the hot streak of Max Comtois and the performance of his linemates. #FlyTogether pic.twitter.com/FwqIsztBSR

Dillon Dube enters his third season with the Calgary Flames organization, where he has split time between the Flames and their AHL affiliate Stockton Heat. Dube created excitement among Flames fans after his performance in the bubble last season, scoring four goals and one assist in 10 games. On a line with veterans Milan Lucic and Sam Bennett, Dube made an impression with his speed and toughness. This season, Dube is expected to start in the top six alongside Matthew Tkachuk and Elias Lindholm.

In five years in the WHL, Dube racked up 101 goals and 232 points with the Kelowna Rockets and helped the Rockets to a WHL Championship in 2015. Dube has represented Canada on multiple occasions and was captain of the 2018 gold-medal winning World Junior team.

Dube has gotten off to a good start, registering a goal and an assist in two games. Dube and the Flames continue their season Monday night versus the Vancouver Canucks.

After finishing his first full season with the Edmonton Oilers, Ethan Bear is poised to come into his own this season playing on the top defensive pairing with Darnell Nurse. After a disappointing stint in the bubble, the Oilers hope Bear’s offensive game flourishes as he takes the reins of  the second power-play unit.

The 25th overall pick in the 2012 WHL Draft, Bear played parts of five seasons with the Seattle Thunderbirds putting up 192 points. His biggest impact was made in the playoffs. He scored 55 points in 50 playoff games, helping lead the Thunderbirds to their first WHL Championship in 2017, alongside New York Islanders star Mathew Barzal.

Bear has collected one assist in three games to start the season. The Oilers continue their campaign against the Montreal on Monday.

Austin Wagner is headed into his third season with the Los Angeles Kings. The hard-working, two-way forward is on a rebuilding Kings team with plenty of opportunity. Wagner will be developing offensive chemistry on the third line alongside rookie Gabriel Vilardi and former first-round draft pick Adrian Kempe.

Wagner, a former Regina Pat, played four seasons in the WHL averaging 64 points in his last two seasons. The 2016-17 season was Wagner’s best year in the WHL, highlighted by his production in the playoffs, where he produced 16 goals in 22 games in Regina’s run to the championship series.

Wagner has one assist to his name to start the season. The Kings next contest is set for Tuesday, January 19 when they take on the Colorado Avalanche.