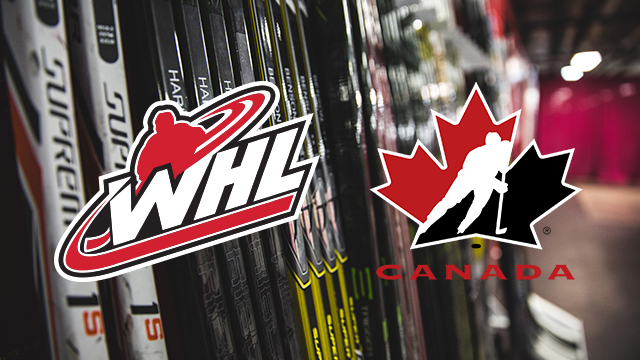 A number of former WHL players will don the famous maple leaf jersey for pre-Olympic tournament action as Team Canada gears up for the 2018 Winter Olympics in Pyeongchang.

In total, 12 WHL Alumni will suit up for Canada, next month, as the men’s national team participates in two tournaments in Russia.

The 2017 Tournament of Nikolai Puchkov takes place in St. Petersburg later in the month.

Canada will ice a different roster at each of the two tournaments.