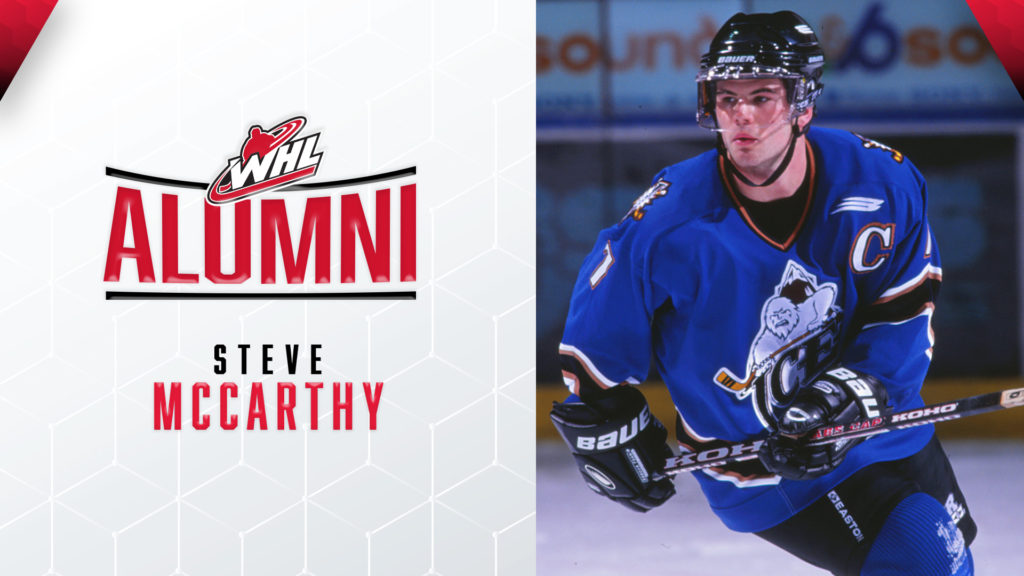 The Blue Jackets announced McCarthy’s promotion Monday. He had spent the past five seasons as an assistant coach with Columbus’ AHL affiliate, the Cleveland Monsters.

“We feel fortunate to have an outstanding coach join our club in Steve McCarthy, who has played in this league, won championships as a player and been an important member of our hockey operations department as an assistant coach in Cleveland,” Blue Jackets general manager Jarmo Kekalainen said.

The 40-year-old McCarthy was selected 23rd overall by the Chicago Blackhawks in the 1999 NHL Draft. The product of Trail, B.C. proceeded to compete in eight NHL seasons with the Blackhawks, Vancouver Canucks and Atlanta Thrashers over the course of a 16-year professional career.

“Steve has done a great job working with our young defensemen in Cleveland the past five years and is ready for this opportunity,” said Columbus head coach Brad Larsen. “He is a really bright, young coach with a great work ethic and I’m excited about what he will bring to our staff.”

McCarthy skated in the WHL with the Edmonton and Kootenay ICE from 1997-2000, compiling 128 points (43G-85A) in 154 regular season games. He was named to the WHL Eastern Conference First All-Star Team in 2000 and won a pair of bronze medals with Canada at the 2000 and 2001 IIHF World Junior Championships.