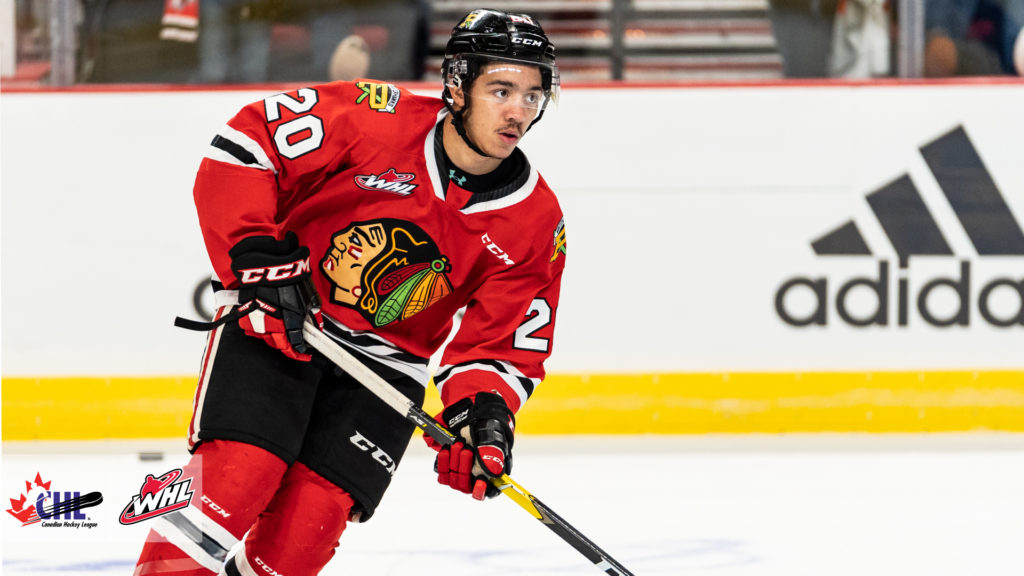 It’s an important message that needs to be heard.

His message comes while protests regarding racism and the social injustice that plagues our society rage across North America, and as athletes at all levels are speaking up and sharing their own perspectives with the goal of uniting others.

The Portland Winterhawk has used his platform, and his peers, to inspire change. Together with other Western Hockey League players past and present from the black community, the 18-year-old from Kamsack, Sask., put together a video for social media that shows everyone who they are and what they stand for.

In addition to Gervais, the video features Mekai Sanders of the Seattle Thunderbirds, Montana Onyebuchi of the Kamloops Blazers, Justin Sourdif of the Vancouver Giants, Zack Stringer and Koletrane Wilson of the Lethbridge Hurricanes, Jadon Joseph and Tyson Greenway of the Tri-City Americans, plus graduates Klarc Wilson, who last played for the Prince George Cougars in 2014, and Ethan Price who last played for the Victoria Royals in 2017.

They want to be heard. And we should all listen.

We caught up with Gervais to learn about his message and more.

How have you been staying active since the end of the season?

I’m staying active this off-season by just doing home workouts and rollerblading. The gyms haven’t opened up here in Saskatchewan yet and the rinks haven’t either. I’m just trying to stay fit for when the gyms and the rinks do open so I can be in tip-top shape for the next season.

My rookie season in Portland was amazing. I didn’t know what to expect moving 19 hours away from home but I got welcomed with open arms by great billets, great staff, great coaches, and great teammates. They treated me like I was one of their own right away and I felt comfortable. It’s unfortunate with this whole COVID-19 situation because I do feel like we could have went far in the playoffs and maybe even the Memorial Cup. But it’s better to be safe than sorry and hopefully, we can do the same next year.

Can you describe your video project and how it came to reality?

The video came to life by Zack Stringer, Mekai Sanders and myself. We’ve had a group chat together for about a month and a half to two months now. I remember posting on Instagram, and it was on the Black Lives Matter movement, and Zack and Mekai did the same and Zack said in our group chat ‘you know what, we should just let our voices be heard and make a video to show that people like we are hurting and do need to be heard’. We had other black players in the WHL come forward from the past and the present and it was great to see us all come together and we finally were able to get our voices heard. I didn’t expect it to blow up as much as it did but I’m glad because it helped educate people and it helped people finally listen.

The video has gone viral but what kind of feedback have you received?

The feedback we’ve gotten from the video is amazing. We’ve had people like Anthony Duclair reach out, the NHL retweeted it, TSN retweeted it. It just blew us away how many people have come forward and a lot of players in our league have told us that we’ve educated them and that’s all we wanted to do. That was our goal. We just want our voices to be heard and we just want people to listen.

What’s your own personal message to people about racism and inequality as we see the events unfold around the world?