Five questions with Mark Kastelic of the Calgary Hitmen 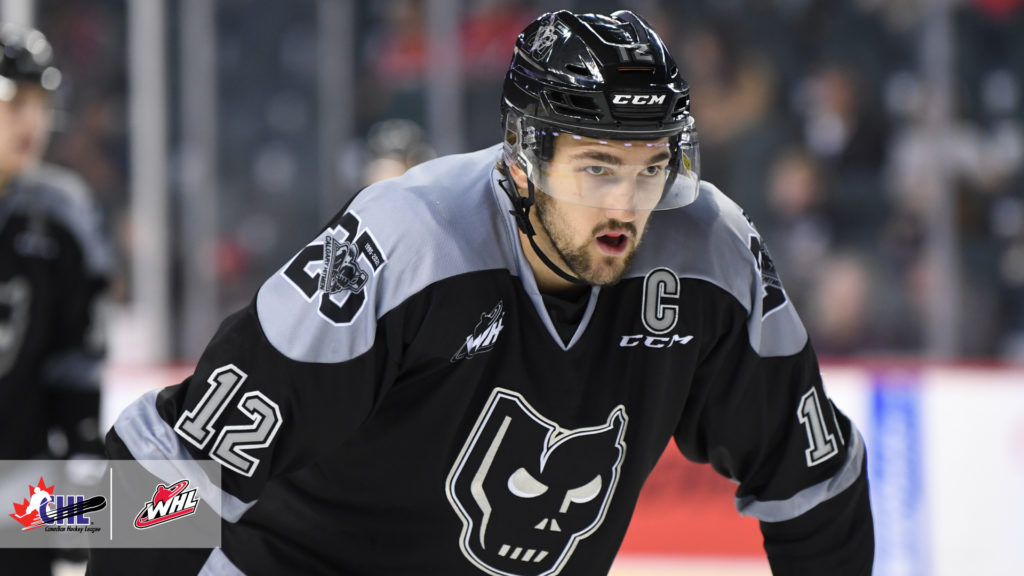 Of the 173 members in the Canadian Hockey League’s 2020 graduating class of overage players, few have made their mark on one franchise quite like Mark Kastelic’s impact on the Calgary Hitmen.

The recently turned 21-year-old from Phoenix, Ariz., played all five of his Western Hockey League seasons with the Hitmen after being the club’s second round pick in the 2014 Bantam Draft. His 321 career regular season games ranks fourth on the team’s all-time list, his 126 goals are third best, and 235 points are seventh among the club’s all-time greats. Kastelic also served as team captain for two seasons helping the Hitmen celebrate their 25th anniversary.

This season he tied for the team lead with 68 points in 58 games and was recently rewarded with an entry-level contract from the Ottawa Senators who chose him in the fifth round of the 2019 NHL Draft.

Kastelic recently took time to reflect on his career and share those thoughts with the CHL.

Since the season’s ended I’ve just been back home in Phoenix, Arizona, at my parents place. To pass the time I’ve just been working out as much as I can, going on runs, walks with the dog, hanging out with my family, kind of just enjoying the family time together.

Describe the joy of signing your NHL entry-level contract with the Senators?

What does it mean to have been a member of the Hitmen for five full seasons?

It’s also been a huge honour to play for the Calgary Hitmen for five years. I consider Calgary my second home now. I’m super thankful for all of the people, trainers, coaches, management, and staff that I’ve met along the journey. I’m just super grateful to have been able to play in Calgary for that long and I’m just super, super thankful.

Do you have a most memorable moment?

It’s hard to pinpoint just one specific moment or memory during my career, but one thing that stands out is just winning game seven last season against Lethbridge. It was a great battle the whole series and it was my first playoff win personally, and for the team it was just an unreal feeling to upset a team like Lethbridge and move onto the second round. It was just a blast all around and one of my favourite memories. Also, just more recently, some of the best memories you have is just on the road with the boys. So our British Columbia road trip was a blast and we did really well on the ice and off the ice we were just enjoying each other’s time on the bus and just enjoying each other’s company.

What’s the best advice you received during your time in the WHL that would help players who were just drafted?

Some of the best advice I’ve received is when I was a rookie in the league, was just to enjoy every minute and every moment of the journey. It’s a little cliche but it’s true and it goes by way too fast and before you know it you’ve played your last game in the league. My advice to any of the young players or guys who were just drafted is to just enjoy the journey, soak it all in, work hard every day and get better, just enjoy everybody you play with, make as many memories as you can, and just have fun.

5️⃣ Questions with @Senators prospect Mark Kastelic who graduates following five seasons in @TheWHL as one of the greatest and longest serving players in @WHLHitmen history.