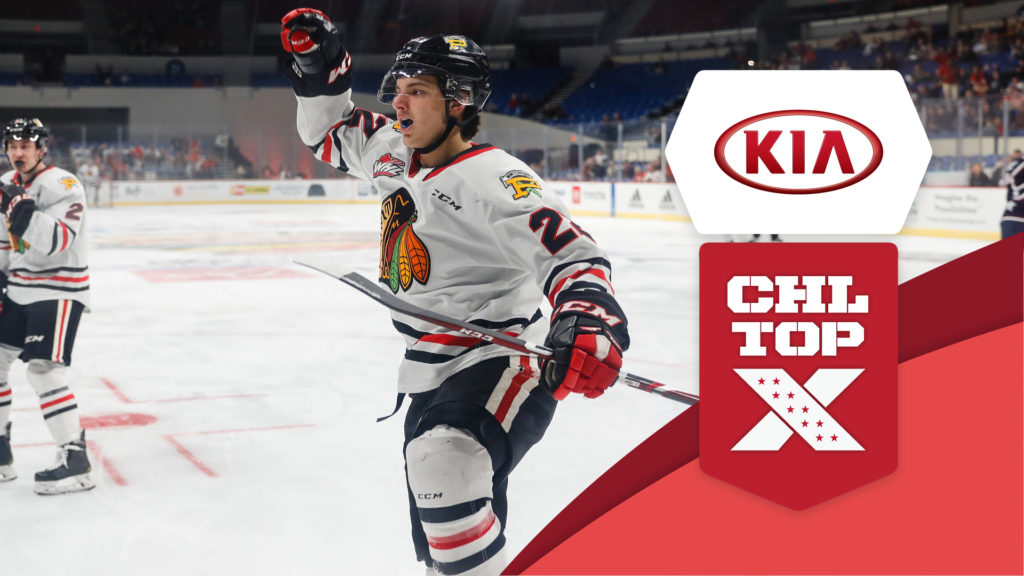 Toronto, Ont. – The Canadian Hockey League today announced the final edition of the Kia CHL Top-10 Rankings for the 2019-20 season. The weekly rankings of the CHL’s Top-10 teams are selected by a panel of National Hockey League scouts.

Leading all Western Hockey League member Clubs, the Portland Winterhawks were ranked fourth. Friday, the 45-11-3-4 Winterhawks were awarded the Scotty Munro Memorial Trophy as WHL Regular Season champions for the first time since 2012-13. As part of their impressive regular season, the Winterhawks posted a 26-2-2-2 record on home ice for a 0.875 winning percentage to lead the league.

Right behind them in fifth place, the Everett Silvertips enjoyed a strong close to their regular season. Ending the season on a 9-1-0-0 run, the Silvertips allowed just 142 goals to lead the WHL this season. Calgary Flames prospect Dustin Wolf played a large part in the team’s stingy defensive play, recording nine shutouts to lead all WHL goaltenders. Wolf also led the league with a 1.88 goals-against average, 0.935 save percentage, and tied for first with 34 wins.

In the eighth spot, the Edmonton Oil Kings clinched back-to-back Central Division titles with the conclusion of the regular season. For the first time since the 2013-14 WHL Regular Season, the Oil Kings also rose to the top of the Eastern Conference with a 42-12-6-4 record. As part of their outstanding season, goaltender Beck Warm provided the team with a strong second half. In 15 games, Warm compiled an 11-2-0-2 record, 2.30 GAA, 0.915 SV%, and one shutout.

The Spokane Chiefs rounded out a quartet of WHL member Clubs in the final rankings, appearing in the 10th spot. Finishing with a 41-18-4-1 record, the Chiefs placed third in the U.S. Division. Friday, Minnesota Wild prospect Adam Beckman was recognized with the Bob Clarke Trophy as the WHL’s scoring champion for the 2019-20 WHL Regular Season. Beckman posted 107 points (48G-59A) in 63 games and was the lone WHL skater to surpass the 100-point plateau.

Earning an honourable mention, the Kamloops Blazers claimed the B.C. Division title with a record of 41-18-3-1. A strong performance by captain Zane Franklin powered the Blazers to the division title. He led the team with 91 points (29G-62A) in 63 games to set new career-high totals in all three major offensive categories. Those totals placed him second in assists for all WHL skaters fourth in overall scoring.