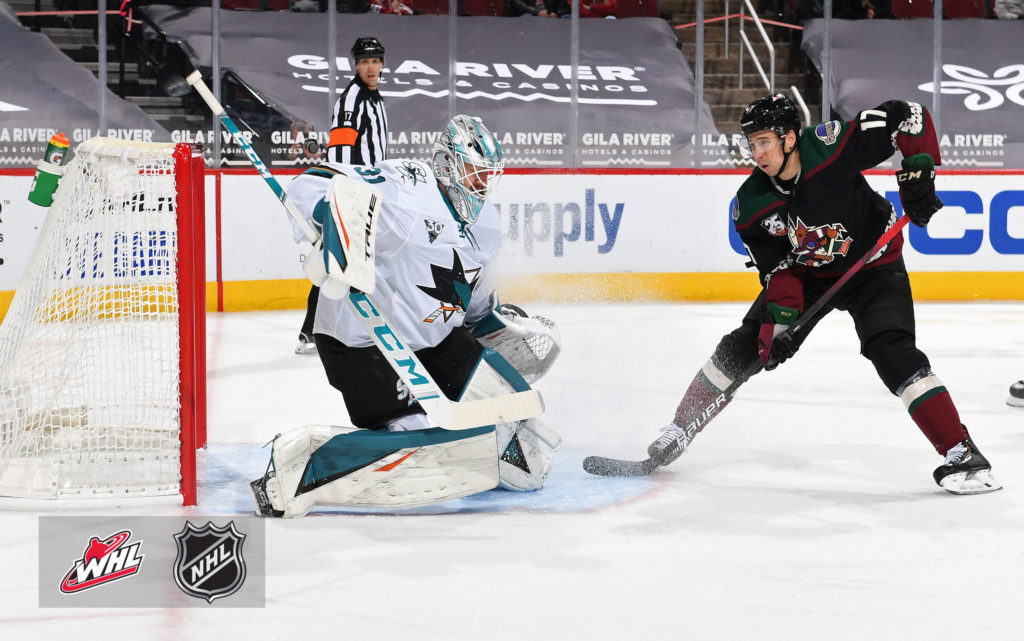 This NHL offseason was like none other. 23 WHL Alumni have started the season on different teams, while 35 alumni moved around last season. We will dive into each NHL Division, viewing the WHL Alumni who start a new path in their careers with different teams. This week we start with the West Division.

The former 60-plus point scorer for the Medicine Hat Tigers found himself entering free agency this season after spending a season with the Philadelphia Flyers. Signing a two-year contract, Pitlick has played in 260 NHL games recording 77 career points.

Dryden Hunt is no stranger to new teams, in the WHL he played for the Regina Pats, Medicine Hat Tigers, and the Moose Jaw Warriors. The 2016 WHL Player of the Year signed a one-year contract with Arizona after spending the past four seasons between the Florida Panthers and Springfield Thunderbirds of the American Hockey League.

The 12-year NHL veteran was traded to the San Jose Sharks, along with a 2022 seventh-round draft pick in exchange for a 2022 fifth round draft pick. Dubnyk played four seasons with the Kamloops Blazers appearing in 192 games over five seasons. A former WHL and CHL Scholastic Player of the Year, Dubnyk joins former Calgary Hitmen Martin Jones as the men between the crease for the Sharks.

Rudolfs Balcers returned to the team that initially gave him his first taste of professional hockey, the San Jose Sharks. After signing a three-year entry level deal with the team in 2017, the Sharks packaged Balcers to the Ottawa Senators, along with several prospects and draft picks, in exchange for Erik Karlsson. In total he played 51 games with the Senators, tallying 17 points.

A familiar face, returning to a familiar place. Patrick Marleau returns home to San Jose for the second time. Spending most of his career with the Sharks, Marleau signed a three-year contract with the Toronto Maple Leafs in 2017. He was then dealt to Carolina for buyout purposes, then resigned with the Sharks in 2019. Failing to make the playoffs last season, Marleau was traded to the Pittsburgh Penguins in exchange for a conditional 2021 third-round pick. After the playoff shortcomings in Pittsburgh, Marleau returned to the Sharks on a one-year contract.