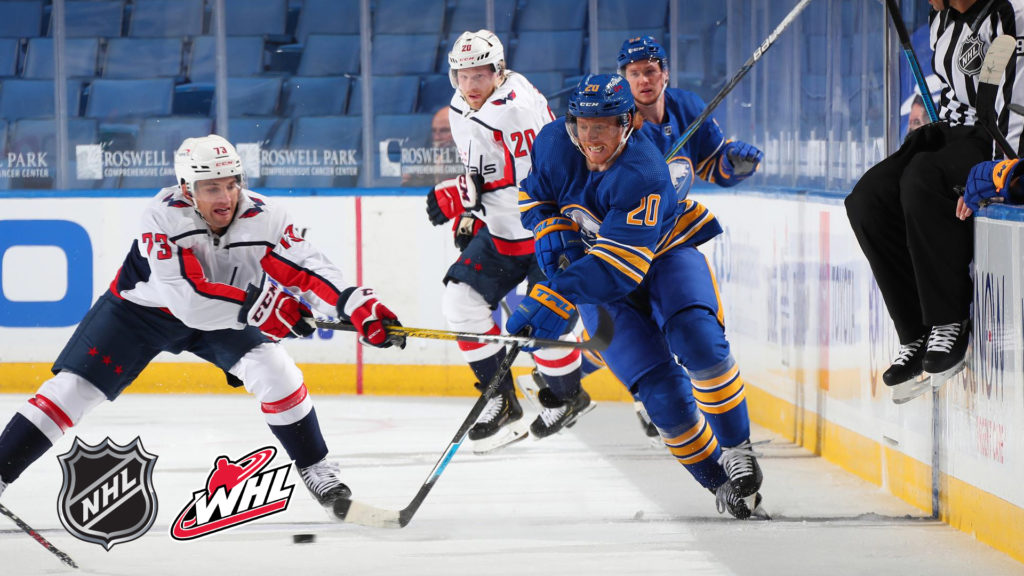 This NHL offseason was like none other. Due to the COVID-19 pandemic, teams went into an offseason with plenty unknown, which had a direct effect on the offseason movement. This season 23 WHL Alumni have started this season on different teams, while 35 alumni moved around last season. Over the past two weeks we have dove into each division new WHL Alumni acquisitions. This week we finish the Familiar Faces, New Places series with looking at the East Division.

Former Everett Silvertips captain has had a difficult time staying off the injured reserve during his seven-year NHL career. Murray’s best season came in 2018-19, which saw him play 56 games and produce a career high in points (29). Murray was traded from the Columbus Blue Jackets to the New Jersey Devils in October, for a fifth-round draft pick.

WHL Champion Cody Eakin made his move to the Buffalo Sabres after spending time with the Winnipeg Jets and Vegas Golden Knights last season. The 10-year NHL veteran joins his fifth NHL team after signing a two-year deal with the Sabres. The Sabres will look for Eakin to bring the same leadership qualities he brought to Swift Current and Kootenay in 2011, as they look to build around their young team.

The Regina Pats 2009 Rookie of the Year and former captain started his NHL career with the Edmonton Oilers after being drafted in the sixth round of the NHL draft. After three seasons with the team, Davidson was traded to Montreal in exchange for David Desharnais but was later waived by the Canadiens and reclaimed by the Oilers. In 2018, Davidson was traded to the New York Islanders for a third-round draft choice in 2019. After appearing in 15 games for the Islanders, Davidson was not tendered a qualifying offer. He attended the Chicago Blackhawks training camp and later signed a one-year deal, but shortly after he became an UFA once again and joined the Calgary Flames; until he was later dealt to the San Jose Sharks and opted not to resign to join the Buffalo Sabres.

After five seasons with the Florida Panthers, Colton Sceviour was traded to Pittsburgh as part of the Patric Hornqvist deal. The former Lethbridge Hurricane and Portland Winterhawk will be aiming to play in his 500th NHL game as he is currently 35 games from the milestone. Sceviour has one more year left on his three-year contract he signed back in 2018.

One of the biggest signings this past offseason would be former Bruins legend, and future Hall of Famer, Zdeno Chara heading to Washington to join fellow WHL Alum Brendan Dillon. Signing a one-year contract, the 41-year-old vet brings an overwhelming amount of experience to the Capitals as a seven-time NHL All-Star, Norris trophy winner, Mark Messier Leadership award recipient and Stanley Cup champion. Chara played with the Prince George Cougars in 1997, tallying 22 points and 120 penalty minutes in 49 games with the club.