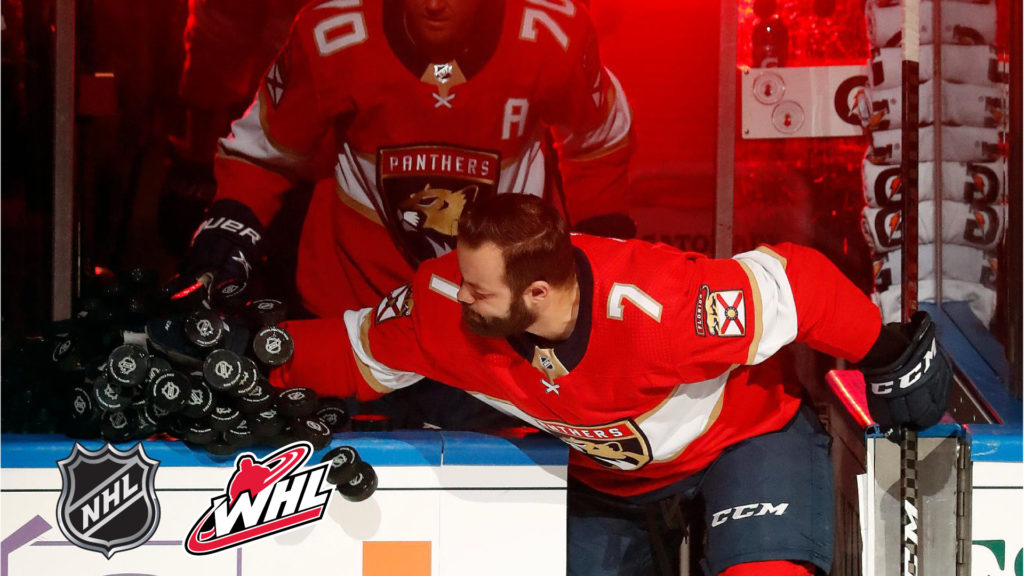 This NHL offseason was like none other. 23 WHL Alumni have started the season on different teams, while 35 alumni moved around last season. We will dive into each NHL Division, viewing the WHL Alumni who start a new path in their careers with different teams. This week we start with the West Division.

The Florida Panthers are hoping that Radko Gudas can bring the same physical presence he brought to the Silvertips during his time in Everett. Gudas was undrafted in 2009 and after failing to secure a free agent contract with the Los Angeles Kings, opted to join the Everett Silvertips. During his one season in the WHL, Gudas terrorized the league with big hits but also made an impact on the score sheet scoring seven goals, adding 30 assists and racking up 151 penalty minutes. His hard work was rewarded by the Tampa Bay Lightning who drafted him in the third round of the 2010 NHL Draft. In 2015, Gudas was packaged to the Philadelphia Flyers for fellow WHL Alumni Braydon Coburn. After four seasons with the Flyers, Gudas was exchanged for Washington defensemen Matt Niskanen. This offseason Gudas took his toughness and work ethic to Florida, signing a three-year contract.

Another Everett Silvertip has found his way down to Florida this offseason. The former Silvertips captain and first round draft pick for the Montreal Canadiens was picked up on waivers by the Panthers at the end of training camp. The World Junior silver medalist is looking for his opportunity to make an impact in the NHL and put several injury plagued seasons behind him.

Luca Sbisa is about to embark on his 13th season the NHL, with his seventh team. The former Lethbridge Hurricane was drafted 19th overall to the Philadelphia Flyers, but later traded to the Anaheim Ducks as a piece of the Chris Pronger trade. After four seasons with the Anaheim organization, Sbisa was involved in another big trade this time heading to the Vancouver Canucks as part of the Ryan Kesler deal. Vancouver is where he developed his defensive game, playing three seasons with the team and representing Team Europe in the World Cup. Left exposed by the Canucks, Sbisa was picked up by the Vegas Golden Knights in the expansion draft and named alternate captain for their ignagural season. He had a career year with the Golden Knights and his defensive game was critical in the Vegas’s improbable run to the cup. After not being resigned, Sbisa spent the next year with the New York Islanders and then returned to the Ducks on a one-year contract but was immediately picked up on waivers by the Winnipeg Jets. After a year with the Jets, Sbisa resigned only to get picked up by Nashville via waivers.

The Edmonton Oil Kings first-ever draft pick – of the current incarnation organization – has signed with the Stanley Cup runner-up, Dallas Stars. Pysyk captained the Oil Kings to a WHL Championship against the Portland Winterhawks. On a thriving Stars team, Pysyk will look to hit the 100 career points mark, as he sits 12 points back.