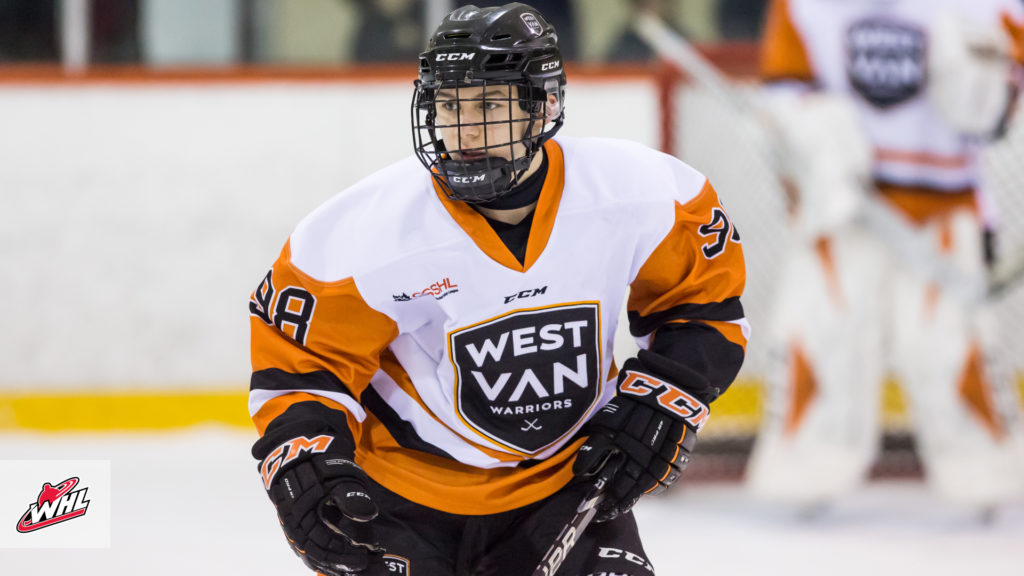 Connor Bedard has made history, and yet, he already can’t wait for what comes next.

The 14-year-old product of North Vancouver, B.C., etched his name into hockey’s record book Tuesday evening, becoming the first person granted exceptional player status in Western Canada, as announced by BC Hockey. So what exactly does that mean? Well, The 5-foot-8, 165-pound phenom is already eligible to be selected in the 2020 WHL Bantam Draft, but with exceptional player status granted, he is now permitted to skate as a 15-year-old on a full-time basis in the Western Hockey League, beginning with the 2020-21 regular season.

Never before has an exceptional status player graced a WHL roster.

“We are really looking forward to becoming a part of the WHL family,” said Melanie Bedard, Connor’s mother, during a media conference call Tuesday evening.

“[Connor] has dreamed about playing in the WHL since he was a young boy. We are just going to enjoy this moment and we’re really looking forward to the journey ahead.”

The next big step will come on April 22 when the 2020 WHL Bantam Draft is held, and Connor will undoubtedly hear his name called, marking the beginning of a grand adventure and igniting the realization of what was once just a boyhood fantasy.

“Growing up watching the WHL, getting the chance to play in it is going to be a dream come true,” Bedard said Tuesday evening.

“This is a huge honour. I’d like to thank Hockey Canada, the WHL, and BC Hockey. Minor hockey in B.C. has always been awesome, and I couldn’t have asked for better coaches and development. Every year has been a blast.”

The WHL wishes to congratulate Connor on becoming the first player in Western Canada to be granted exceptional player status! A truly amazing accomplishment!

How could hockey not be a blast when you’re lighting up the scoresheet in the way Connor has over the years?

During the 2019-20 season, the 2005-born forward racked up an astounding 84 points in 36 games with West Vancouver Academy’s U18 team in the Canadian Sports School Hockey League. That point total topped the CSSHL. His 43 goals also led the league. That performance, as an underage player, was good enough to earn Connor the 2020 CSSHL U18 Prep Division MVP crown.

The year prior, he collected a league-leading 88 points in 30 games with West Van Academy while competing in the CSSHL’s U15 Prep Division, again as an underage player. With 64 goals, he once again outscored everyone else in the CSSHL. And – you guessed it – that dazzling effort earned Connor recognition as CSSHL U15 Prep Division MVP for the 2018-19 season.

“We are really proud of Connor and all his hard work,” Melanie said. “He has had such a great experience in B.C. playing hockey, and has had so much support along the way from so many great coaches.”

Connor’s hard work has already gotten him to an exclusive place out west. Now, he follows in the footsteps of some impressive names across the country.

Prior to Connor, the most recent player granted exceptional status in Canada is 2004-born Shane Wright, who debuted with the Ontario Hockey League’s Kingston Frontenacs during the 2019-20 season and is eligible for the 2022 NHL Draft.

Without question, those are big names to have travelled this road before him. But after a lengthy review process featuring BC Hockey and Hockey Canada, there is no questioning Connor’s ability.

When the 2020-21 WHL Regular Season begins, major junior hockey fans in Western Canada and the Pacific Northwest will have the opportunity to witness hockey’s next young star as he sets out on a journey his whole family has been eagerly anticipating.

As much as Connor Bedard can’t wait for his WHL debut, hockey fans can’t wait either.

.@WestVanWarriors student athlete, and two-time CSSHL MVP, Connor Bedard has been granted exceptional player status and therefore is eligible to play in the @TheWHL as a 15-year-old.

NEWS | BC Hockey is proud to announce that North Vancouver’s Connor Bedard is the first player to gain exceptional player status for eligibility in @TheWHL!