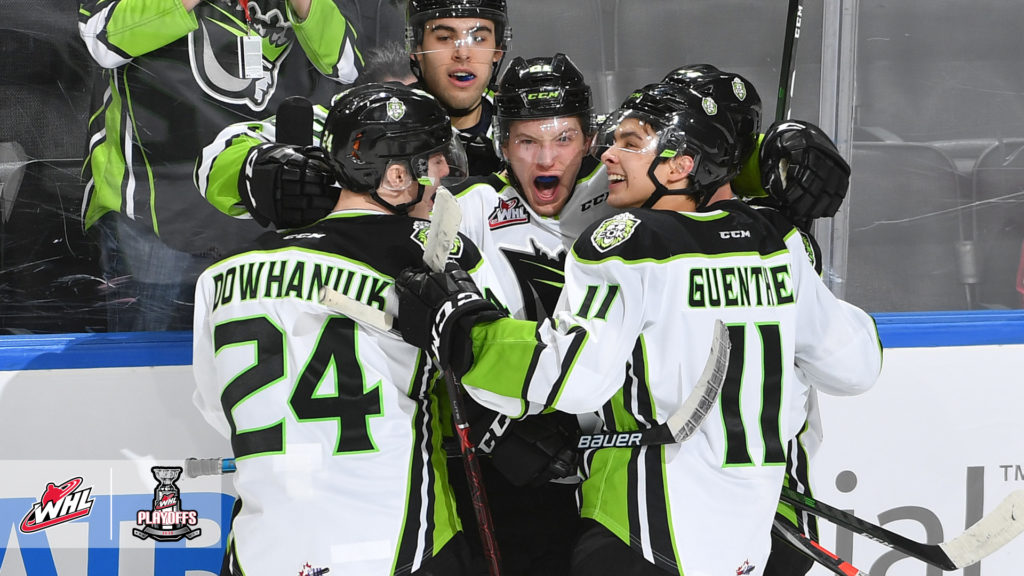 The Edmonton Oil Kings will return to the Western Hockey League Playoffs in 2020.

A 7-0 loss by the Regina Pats to the Medicine Hat Tigers Tuesday confirmed that the Oil Kings would clinch at least a wild card spot in the WHL’s Eastern Conference.

Of the four teams to appear in the WHL’s two Conference Championships last season, the Oil Kings are the first one to confirm their spot this season. It marks the second-straight appearance in the WHL Playoffs for the Oil Kings and the ninth time in 13 years that they’ve qualified.

Following last year’s appearance in the Eastern Conference Championship, the Oil Kings are in the hunt for a deep playoff run once more, seeking to claim their third WHL Championship in franchise history after triumphs in 2012 and 2014.

This season’s squad for the Oil Kings has featured strengths in all three areas, highlighted by several shrewd acquisitions by General Manager Kirt Hill and strong performances at the WHL Bantam Draft in recent seasons.

Acquiring Riley Sawchuk in the off-season, the Prince Albert, Sask. product currently leads the team in scoring with 65 points (23G-42A) through 52 games. 2020 NHL Draft prospect Jake Neighbours has also impressed, posting 57 points (18G-39A) without missing one of the team’s 52 contests.

Another key part of the team’s young core comes via Dylan Guenther, the first-overall selection from the 2018 WHL Bantam Draft. His 45 points (20G-25A) through 46 games rank him third in team scoring and third in scoring among all WHL rookies.

Offensively, Robertson has set career-best totals in goals and points this season with 35 points (11G-24A) through 48 games. The 19-year-old Cap is second in scoring among defenceman on his team, posting 19 points (3G-16A) in 52 games.

Between the pipes, the Oil Kings are enjoying strong performances from the tandem of Beck Warm and Sebastian Cossa. The rookie Cossa has posted a 19-3-2-1 record in 28 games while maintaining a 2.09 goals-against average, 0.925 save percentage, and three shutouts.

The Oil Kings return to action on Friday, February 14 (7 p.m. MT) when they play host to the same Pats at Rogers Place.

With Regina's loss tonight in Medicine Hat, your #OilKings have officially clinched a berth in the 2020 @TheWHL Playoffs!!! #allhail pic.twitter.com/vvp5x0alAI