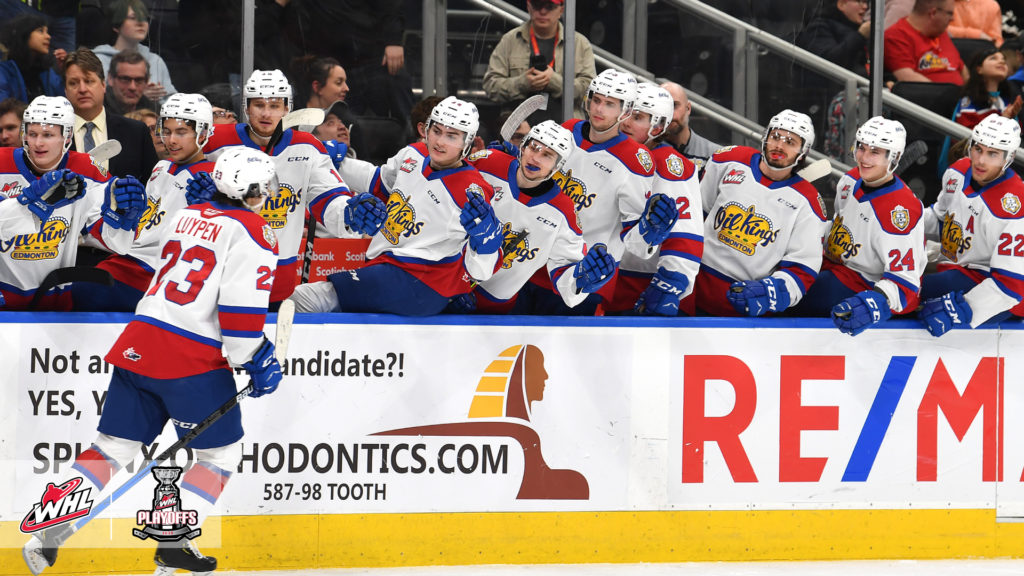 The Edmonton Oil Kings are the top team in the Central Division and Eastern Conference for the 2019-20 Western Hockey League Regular Season.

Edmonton’s positioning was confirmed Wednesday, with their record standing at 42-12-6-4 through 64 games, giving them 94 points. The result also marks the Oil Kings’ second-straight Central Division banner and the fifth in their 13-year franchise history.

Forward Riley Sawchuk finished as the leading scorer on the Oil Kings with 76 points (25G-51A).

The Oil Kings were one of three teams recognized as division champions Wednesday along with the Portland Winterhawks and Prince Albert Raiders. The Kamloops Blazers previously clinched the B.C. Division title.