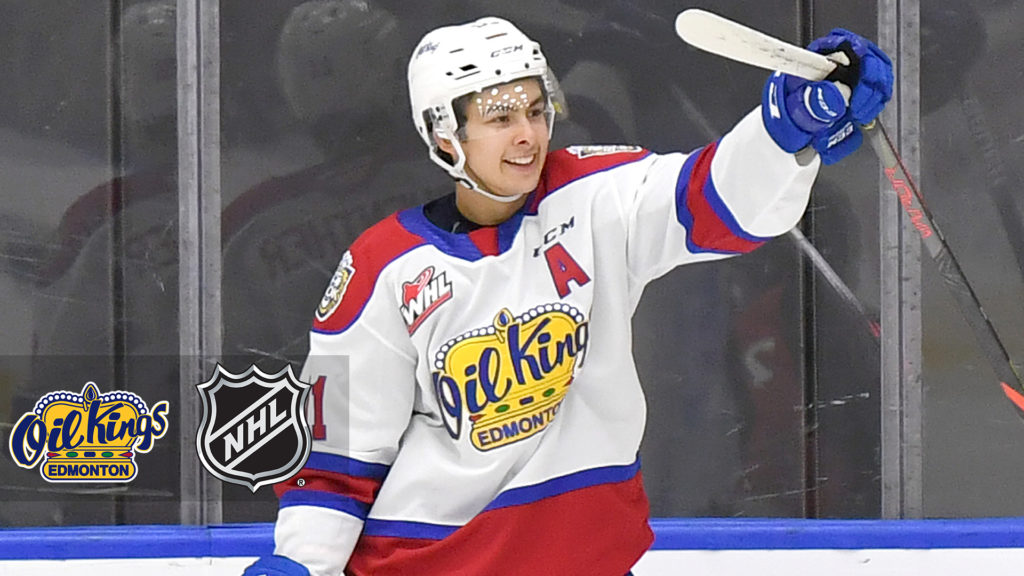 After being selected ninth overall in the 2021 NHL Draft in July, Edmonton Oil Kings forward Dylan Guenther has put pen to paper on a three-year, entry-level contract with the Arizona Coyotes.

The Coyotes announced the signing Monday.

“We are very pleased to welcome Dylan to the Coyotes organization,” said Arizona Coyotes general manager Bill Armstrong. “Dylan is an extremely skilled and smart player with a great work ethic. We are confident that he will become a very good NHL player and look forward to watching his development this season.”

The 18-year-old recorded 24 points (12G-12A) in 12 appearances with the Oil Kings during the 2020-21 WHL season. For his efforts, Guenther was named the Central Division’s Player of the Year and Most Sportsmanlike Player, as Edmonton captured their third consecutive Central Division title.

The 6-foot-1, 181-pound forward became the first player in modern Edmonton Oil Kings franchise history to win the Jim Piggott Memorial Trophy as WHL Rookie of the Year, doing so during the 2019-20 campaign when he collected 59 points (26G-33A) in 58 games.

The product of Edmonton, Alta. also won a gold medal with Team Canada at the 2021 IIHF U18 World Championship in Texas where he posted seven points (4G-3A) in seven games while serving as an alternate captain.

Guenther was the first WHL player selected in the 2021 NHL Draft, and one of five first-round selections from the WHL including Oil Kings teammate Sebastian Cossa (15th overall, Detroit Red Wings).