Dustin Wolf headed back to Silvertips from AHL’s Stockton Heat 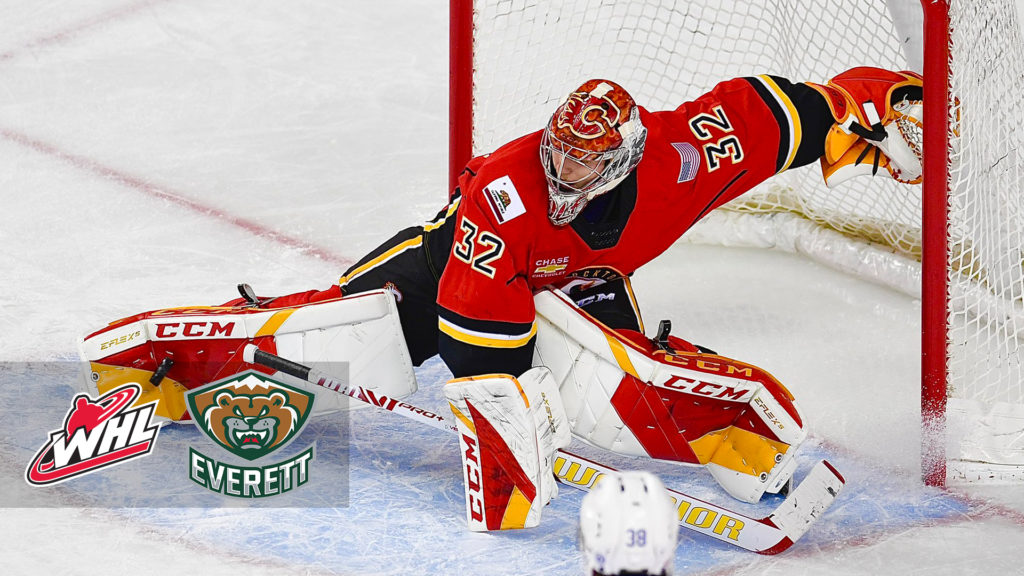 EVERETT, WA – The Everett Silvertips, proud seven-time U.S. Division champion and two time Western Conference champion of the Western Hockey League, announced today that the Calgary Flames have returned goaltender Dustin Wolf to the Silvertips from the Stockton Heat of the American Hockey League. Wolf returns for the shortened 24-game regular season, the fourth in his WHL and Silvertips career.

Wolf joined Gianni Fairbrother (Laval) and Gage Goncalves (Syracuse) as Silvertips players on the recently released 2020-21 roster who were previously skating with AHL clubs, all returning to the Silvertips for the WHL season.

Wolf, 19, appeared in three games with Stockton going 2-1-0 with an .895 save percentage and 3.24 goals-against-average. He earned his first career AHL and professional victory on Feb. 24 when he stopped 36 shots in a 4-2 victory over Toronto at Scotiabank Saddledome in Calgary, earning first star of the game honors which also included 19 saves in the third period. Wolf followed two days later with back-to-back wins against Toronto in an 8-1 victory, making 26 saves in Calgary.

The Gilroy, Calif. native turned his second straight World Juniors appearance into a gold medal for the United States in January at Edmonton and didn’t allow a single goal on 21 shots faced, earning the United States’ first victory of round robin play over Austria on Dec. 26. He also entered mid-game on the Christmas night opener against Russia and turned in 11 saves on 11 shots. Wolf earned USA Hockey’s Dave Peterson Goaltender of the Year award (top junior level, U.S. born goaltender), last year and his international resume has included a trip to the 2018 Hlinka Gretzky Cup with Team U.S.A., going 2-1-0-0 with one shutout.

The 6-foot, 175-pound goaltender last season was named Canadian Hockey League Goaltender of the Year and recipient of the Del Wilson Trophy (WHL Goaltender of the Year), leading all CHL goaltenders with a 1.88 goals-against-average, .935 save percentage, nine shutouts and posting a 34-10-2-0 record. He was selected by the Flames in the seventh round of the 2019 NHL Draft and is 88-31-4-2 with 20 shutouts and a .934 save percentage in 127 career WHL games, all with the Silvertips.

Selected by the Flames in the seventh round of the 2019 NHL Draft, he signed a three-year, entry level contract with the Calgary on May 1 after he finished as leader or tied for the WHL lead in four goaltending categories for the 2019-20 season: wins, shutouts, save percentage, and goals-against-average. Wolf was named Silvertips co-Most Valuable Player and twice was named WHL Vaughn Goaltender of the Month last season as the Silvertips reached the top of the WHL’s U.S. Division and Western Conference with a 44-12-3-1 record through 60 games, good for 92 points and finishing the season with victories in 13 of their final 14 games, a 46-13-3-1 record, 96 points – second most in the U.S. Division and entire league. 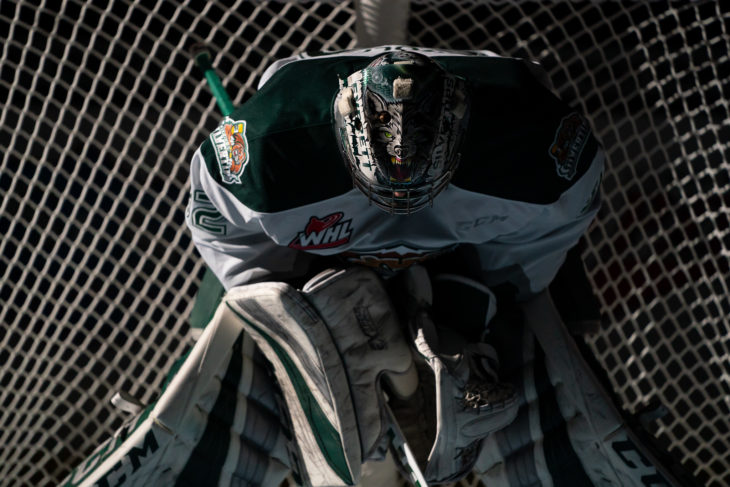 Wolf is 88-31-4-2 in 127 career Silvertips and WHL games with a .934 save percentage, 1.85 goals-against-average and has been a part of two U.S. Division titles and a 2017-18 Western Conference championship. His 20 career shutouts are third in Silvertips history and six behind the league’s all-time record, shared by Hart and Tyson Sexsmith of Vancouver (26). He is now one of six Silvertips player to sign a three-year, NHL entry level contract over the last 12 months, joining Bryce Kindopp (Anaheim), Gage Goncalves (Tampa Bay), Wyatte Wylie (Philadelphia), Jake Christiansen (Columbus), and Gianni Fairbrother (Montreal).

The Silvertips will open the 2020-21 regular season on Saturday, Mar. 20 against the Spokane Chiefs at 6:05 p.m. Streamed opening night coverage will be streamed free via WHL Live, with full season packages and single-day passes available at https://watch.chl.ca/. As the WHL returns to play in Washington State, due to local health circumstances caused the coronavirus pandemic, no spectators will be permitted to enter WHL facilities until further notice.