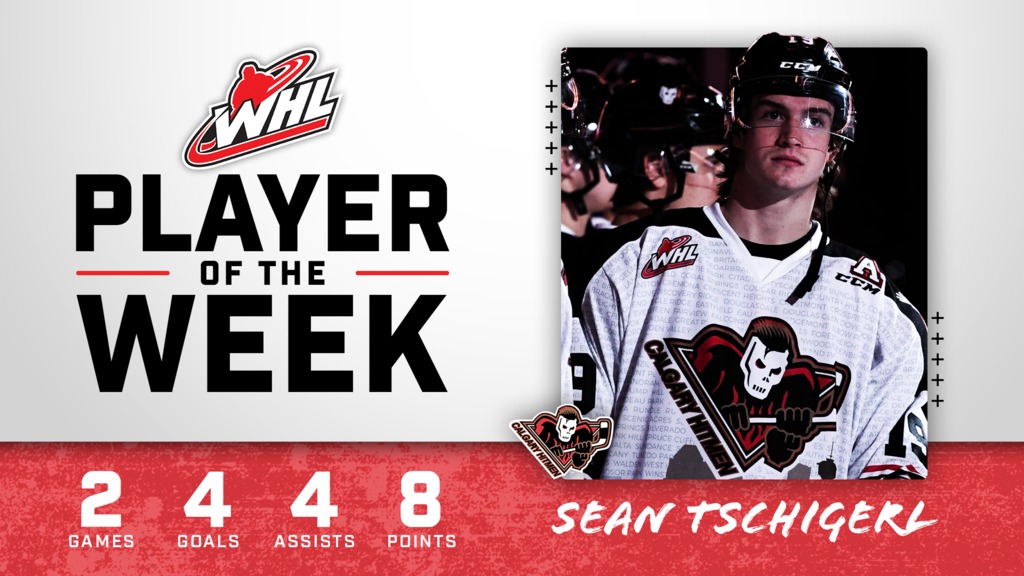 The Anaheim Ducks prospect recorded eight points (4G-4A), including a hat-trick, in a pair of Hitmen victories this past week.

Tschigerl, who hails from Whitecourt, Alta., began his week Saturday, November 27 with his second career WHL hat-trick, adding an assist as Calgary shut out the Saskatoon Blades 7-0. He was named the game’s first star.

The 18-year-old added four more points to his season tally Sunday, November 28, scoring once and adding three helpers in a 10-3 Hitmen win over the Regina Pats.

Tschigerl’s 12 goals this season are tops among Hitmen skaters, and he leads the WHL with four short-handed markers.

He was originally selected by the Calgary Hitmen with the fourth overall pick in the 2018 WHL Draft. In 103 WHL regular season games, all with Calgary, Tschigerl has compiled 58 points (30G-28A).

Tschigerl and the Hitmen are back in action Thursday, December 2 when they play host to the Moose Jaw Warriors (7:00 p.m. MT, Scotiabank Saddledome).