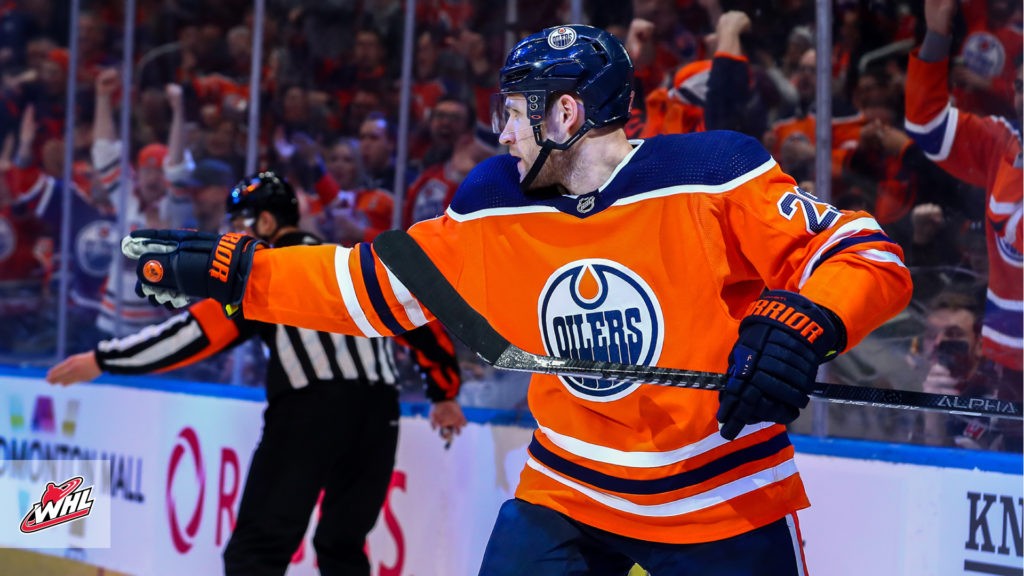 Leon Draisaitl is your undisputed most valuable player for the 2019-20 NHL season.

Draisaitl enjoyed an exceptional campaign, leading the NHL with 110 points (43G-67A). He also topped the NHL in points per game (1.55), power-play points (44), time on ice per game among forwards (22:37), and finished tied for first with 10 game-winning goals. Draisaitl also registered 33 multipoint games and scored at least one point in 56 of 71 outings.

A native of Cologne, the 6-foot-2, 207-pound Draisaitl is the first German-born player to win the NHL’s Hart Trophy. Over the course of 422 career NHL regular-season contests, he has collected 422 points (168G-254A).

Prior to exploding onto the NHL scene, Draisaitl developed his game with the WHL’s Raiders and Rockets.

Selected second overall by the Raiders in the 2012 CHL Import Draft, he made an immediate impact upon his arrival in Hockey Town North, tallying 58 points (21G-37A) in 64 games during his rookie campaign. He spent two seasons in Prince Albert, notching 163 points (59G-104A) in 128 regular-season games. The 2013-14 season featured a 105-point outburst from Draisaitl, who was named to the WHL’s Eastern Conference First All-Star Team for his efforts. That summer, he was selected third overall by the Oilers in the 2014 NHL Draft.

Draisaitl was eventually moved from Prince Albert to the Kelowna Rockets midway through the 2014-15 season. He was dominant in Kelowna, recording 53 points (19G-32A) in only 32 regular-season appearances. From there, Draisaitl and the Rockets cruised past the competition during the WHL Playoffs, earning the Ed Chynoweth Cup after sweeping the Brandon Wheat Kings. Draisaitl was named WHL Playoff MVP, having scored 28 points (10G-18A) in 19 playoff games.

The run didn’t end there as the Rockets advanced all the way to the Memorial Cup final, falling in overtime. Draisaitl earned himself the Stafford Smythe Trophy as Memorial Cup MVP after leading the tournament in scoring with seven points (4G-3A) in five games.

The best of the best from the best.#NHLAwards | #LetsGoOilers pic.twitter.com/HsP3i1zLSk