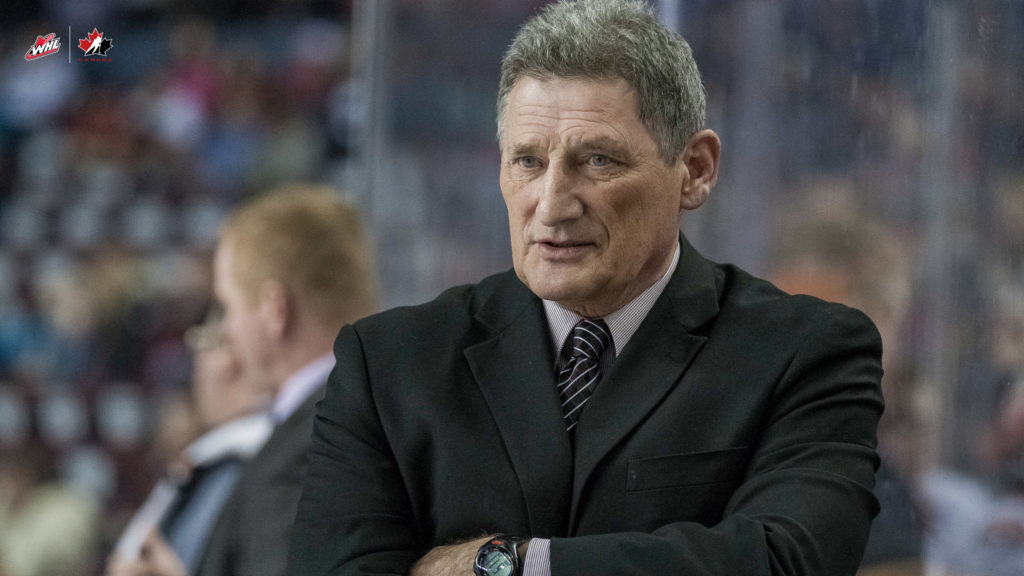 Hay’s last role behind the bench for Team Canada was at the 2013 IIHF U18 World Championship hosted in Sochi, Russia, where as head coach he helped lead the team to gold. Working with Hay this year will be assistant coaches Daniel Renaud (Gatineau, Que./Shawinigan, QMJHL) and Jody Hull (Petrolia, Ont./Hockey Canada).

“This World Championship presents a unique challenge every year in that our team is very dynamic as we add players throughout the tournament. It takes a special group of coaches and support staff to successfully navigate through that type of landscape and work quickly to cement the team dynamics to be successful on and off the ice,” said Scott Salmond, vice-president of hockey operations and men’s national teams for Hockey Canada. “We feel that this group, led by Don, Daniel, and Jody, has what we need to tackle this challenge and bring out the very best in the players who will represent Canada at this year’s tournament.”

As head coach of the 1995 and 2012 Canada’s National Junior Team, Hay has won World Junior gold and bronze, in addition to his 2013 IIHF U18 World Championship gold medal. Hay began his coaching career in 1986 with the Kamloops Blazers, where he moved from assistant coach to head coach (1992) and went on to lead the team to two President’s Cup titles and two Memorial Cup titles in three years. His resume includes assistant and head coaching roles in the NHL with Calgary, Phoenix, and Anaheim, as well as stints with the AHL’s Utah Grizzlies. Hay made his most recent return to the WHL in 2004 with the Vancouver Giants, winning the Memorial Cup in 2007, before rejoining the Blazers for the 2014-15 season. Hay won the Dunc McCallum Trophy as WHL coach of the year in 1999 and 2009, and was inducted into the BC Hockey Hall of Fame in 2008.

Renaud completed his first season as head coach of the Shawinigan Cataractes following four seasons as an assistant coach with the QMJHL’s Rimouski Océanic (2011-2012) and Quebec Remparts (2014-2017), as well as two seasons with the Quebec Midget AAA League’s L’Intrépide de Gatineau (2012-2014). Renaud was assistant coach of the Quebec team at the 2013 World Under-17 Hockey Challenge in Victoriaville and Drummondville, Que., finishing fourth following a 4-3 loss to the United States in the bronze-medal game. This will be his first role with Team Canada.

Hull was last with Hockey Canada’s Program of Excellence as head coach of Canada’s National Men’s Summer Under-18 Team at the 2014 Ivan Hlinka Memorial Cup, winning gold. His history with Hockey Canada includes working alongside Hay to win gold as assistant coach at the 2013 IIHF U18 World Championship, and he was the video coach for Canada’s National Men’s Under-18 Team that finished first at the 2011 Ivan Hlinka Memorial Cup. Hull began his coaching career in 2005 with the Peterborough Petes of the OHL, where he was assistant coach from 2005-2008 (winning the OHL championship in 2006), and again from 2010-2012. He also spent two seasons as assistant coach with the OJHL’s Peterborough Stars, from 2008-2010. As a player, Hull registered 831 NHL games over 16 seasons with Hartford, Ottawa, the New York Rangers, Florida, Tampa Bay, and Philadelphia, and he won a gold medal for Canada at the 1988 IIHF World Junior Championship.

In addition to the coaching staff, the team will be supported by head scout Brad McEwen (Whitewood, Sask.), who will work with the coaches to select Canada’s roster for the upcoming 2018 IIHF U18 World Championship. The roster will include players whose CHL teams either missed the playoffs or are no longer competing in the postseason.

The following will round out Team Canada’s staff in Russia:

For more information on Hockey Canada and the Program of Excellence, please visit