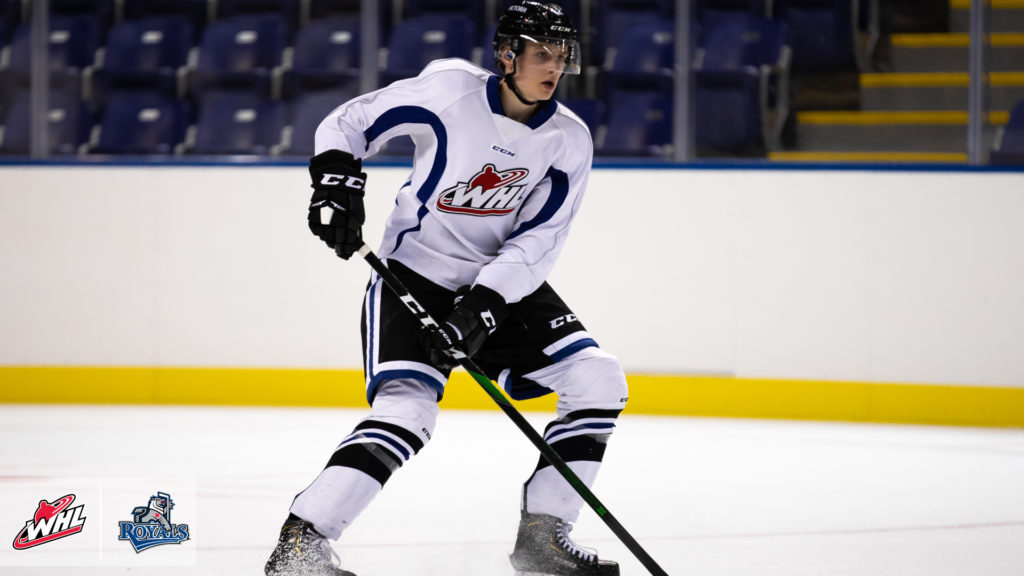 A product of Ilanz, Switzerland, Derungs was chosen by the Royals with the 28th overall selection in the 2019 Canadian Hockey League (CHL) Import Draft in June.

The 5-foot-11, 168-pound winger spent the majority of last season in the U-20 Elit League, Switzerland’s top junior league, with the EHC Kloten Under-20 team. In 34 contests with the club, Derungs recorded 14 points (5G-9A) and 57 penalty minutes. He also played for EHC Kloten’s Under-17 team of the U-17 Elit League and registered 23 points (14G-9A) and 18 minutes in penalties in just 11 games.

“Keanu is a smart, skilled young player with good puck skills and the ability to finish,” Cameron Hope, Royals’ President and General Manager said. “He has played well while representing Switzerland in international tournaments and he should adapt well to our league.”

Throughout multiple international tournaments this past season, Derungs suited up in 16 games for Switzerland’s Under-17 team and collected nine points (3G-6A).

We have signed import forward Keanu Derungs to a @TheWHL Standard Player Agreement!