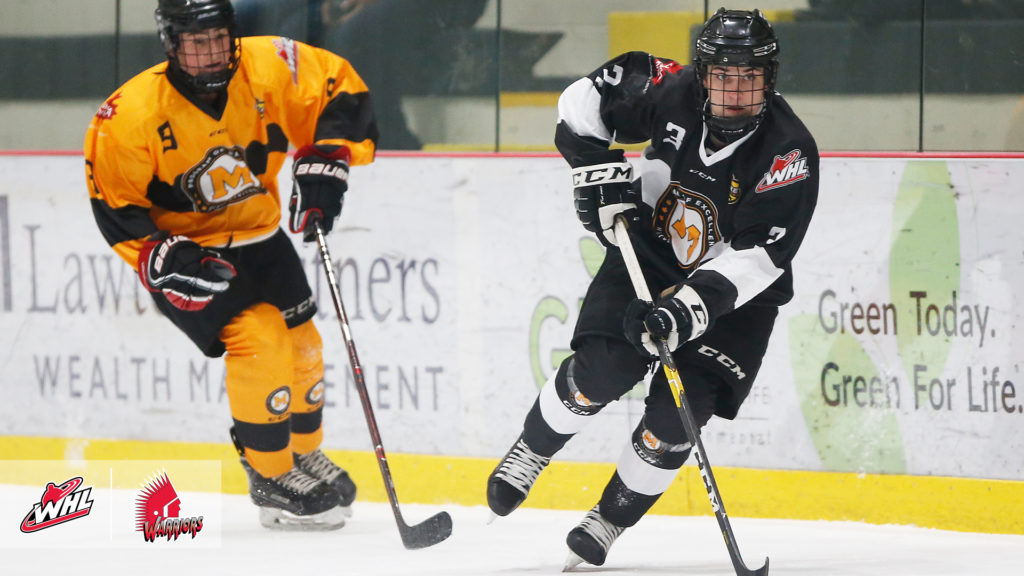 Moose Jaw Warriors General Manager Alan Millar has announced that 2019 first-round pick Denton Mateychuk has committed to the Warriors and the Western Hockey League with the signing of a WHL Standard Player Agreement.

“We are very pleased that Denton and his family have committed to the Warriors and the WHL for both his hockey and academic goals,” said Warriors General Manager Alan Millar.  “Denton is a dynamic, offensive defenceman who plays a smart, competitive game.  We look forward to his future with our hockey club.”

“We are very excited to have a quality player and person like Denton join our program.  He brings a lot of excitement to the organization and to the fans with his dynamic play,” said Warriors Assistant General Manager Jason Ripplinger.

Mateychuk was in Moose Jaw last weekend along with other Warrior prospects for the organizations 2019 Development Camp. He’ll be back in the Friendly City in August for the Warriors 2019 Training Camp.

2019 1st round pick Denton Mateychuk has committed to the Warriors & the WHL w/ the signing of a Standard Player Agreement.