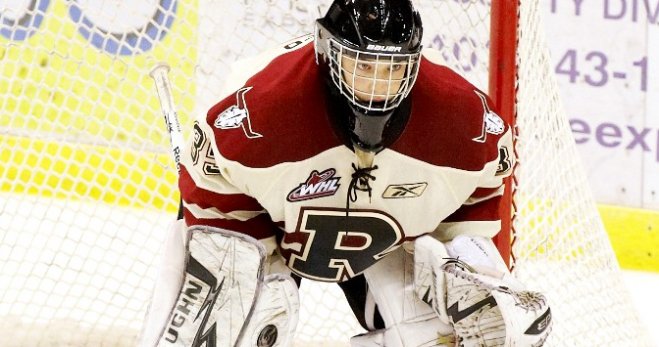 CALGARY, AB. – The WHL Player of the Week is goaltender Darcy Kuemper of the Red Deer Rebels.

Kuemper currently leads WHL goaltenders in all major categories with a 1.80 goals-against average, 0.933 save percentage, 28 wins and eight shut-outs.  The Rebels have won five straight road games and eight of their last 11 ranking them 2nd in the WHL Eastern Conference with a 29-12-1-4 record for 63 points, juts five back of the League leading Saskatoon Blades.

Kuemper, a 20 year old from Saskatoon, SK, is playing his third full season with the Red Deer Rebels.  Originally a third round WHL Bantam Draft selection of the Spokane Chiefs in 2005, he was selected in the 6th round of the NHL Draft by the Minnesota Wild in 2009.