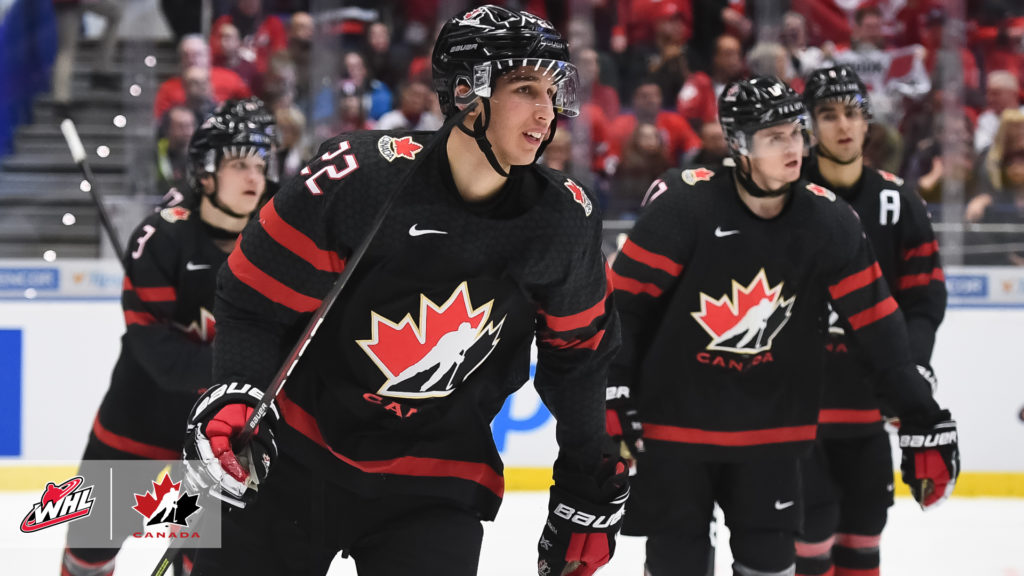 Canada wrapped up the round robin portion of the 2020 World Junior Championship with a 7-2 win against the host Czech Republic Tuesday.

In doing so, they also claimed the top spot in Group B, edging out the Unites States by a single point.

Lethbridge Hurricanes forward Dylan Cozens led Canada’s offensive performances Tuesday with a goal and four points, earning player of the game honours for Canada. He drew primary assists from Canada’s third and fourth goals while scoring their sixth goal and registering another primary assist on the team’s seventh and final goal.

Between the pipes for a second-straight game, Portland Winterhawks goaltender Joel Hofer stopped 17 of 19 shots to earn the victory.

Early penalty trouble by the host country paved the way for four Canadian goals in the first period. In a wild sequence during the second period, the two teams combined for four goals in an 80-second span, keeping the Canadians up by four heading to the third. Canada then proceeded to score the only goal of the final period.

With the round robin now completed, Canada will stay in Ostrava, Czech Republic for the remainder of their time at the tournament, hosting Slovakia on Thursday, January 2 (6:30 a.m. MT) to begin the medal round.

GAME OVER! 🇨🇦 scores 5 times on the PP and wraps up 1st place in Group B with a win over 🇨🇿.

Starting December 2020, the #WorldJuniors are coming back to Alberta!

Be a part of the @HC_WJC in Edmonton and Red Deer by entering the Priority Ticket Draw.