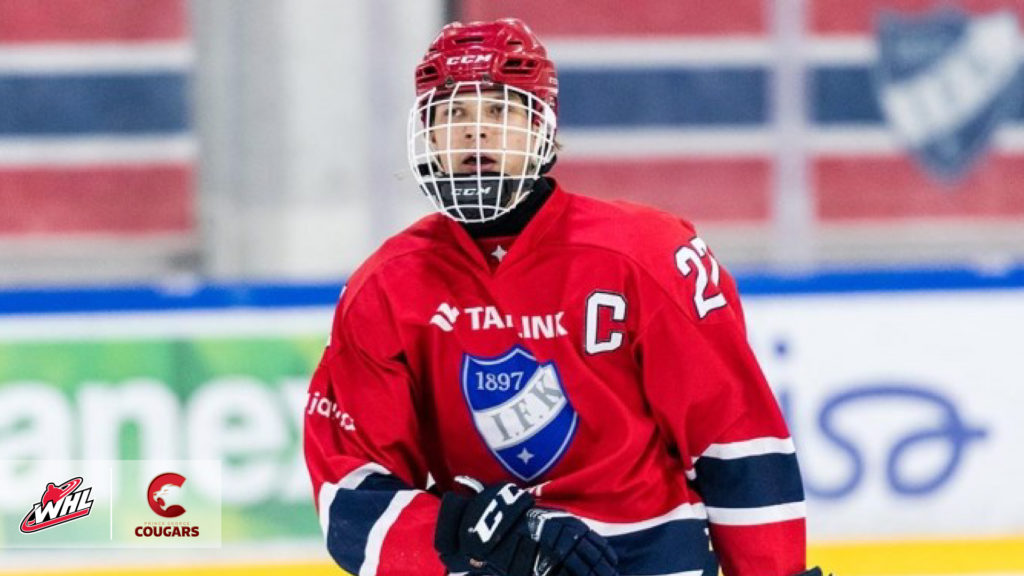 PRINCE GEORGE, BC – The Prince George Cougars are pleased to announce the signing of Finnish forward Jonni Kärkkäinen (’03) to a WHL Standard Player Agreement. Kärkkäinen was the Cougars’ lone selection, 12th overall, in the 2020 Canadian Hockey League Import Draft.

“We’re happy to have Jonni committed to our team for next season. We look forward to integrating him into our group,” stated Cougars’ General Manager & Head Coach Mark Lamb.

Kärkkäinen is the second Finn taken by the Cougars in the CHL Import Draft. The team drafted Columbus Blue Jackets goaltender Joonas Korpisalo fifth overall in 2012. Kärkkäinen is the fifth consecutive forward chosen by the team which dates back to 2016.