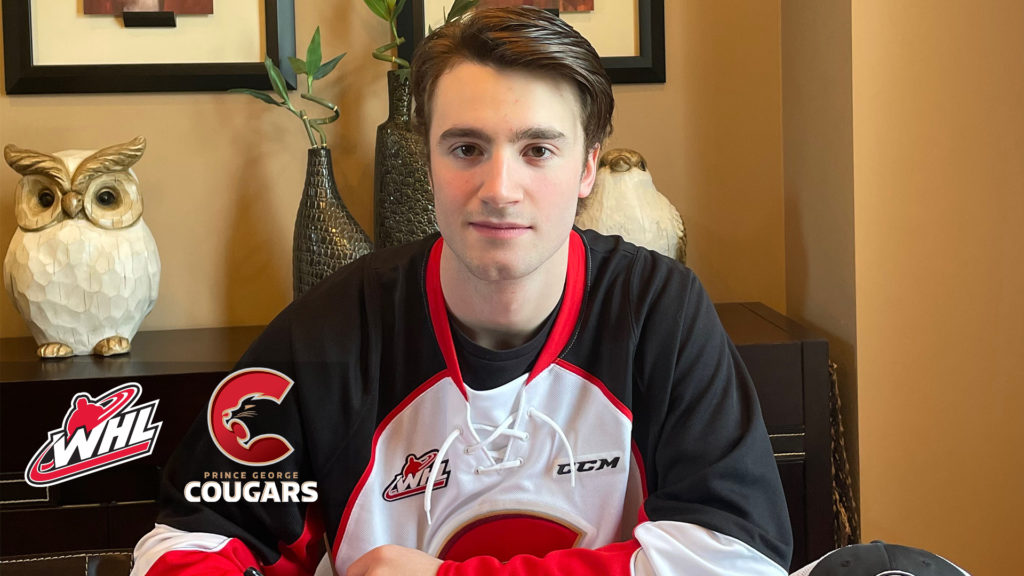 Thornton was drafted by the Cougars in the second round, 33rd overall, in the 2018 WHL Draft. The 5-foot-11, 175-pound defenceman is the fifth player from the Cougars’ 2018 WHL Draft class to have signed a WHL Standard Player Agreement.

“Hudson is a highly touted player in his age group, and he has the capability to be an impact player for us,” said Cougars’ General Manager & Head Coach Mark Lamb. “We’re thrilled that he has committed to our program and that his family trust the developmental path we are providing him and young players in our organization.”

The 17-year-old split the last two seasons between the Chilliwack Chiefs in the British Columbia Hockey League (BCHL) and the Fargo Force in the United States Hockey League (USHL). During the 2019-20 season with the Chiefs, Thornton had 17 points (6g, 11a) to go along with 17 penalty-minutes in 54 regular season games. He also played in seven playoff games and registered one assist.

The Winnipeg, Manitoba product had three assists in seven games with the Chiefs during the 2020-21 BCHL Training Season. In the USHL, Thornton picked up four points (2g, 2a) in 23 games with the Force.

Thornton also played for Manitoba at the 2019 Canada Winter Games in Red Deer, Alberta and finished with five points (2g, 3a) in six games as Manitoba finished fifth.

About the Prince George Cougars

The Prince George Cougars have been a proud member of the Western Hockey League since 1994. The Cougars play out of the CN Centre, a 5,971-seat multipurpose arena that opened in 1995.The Cougars are owned by EDGEPRo Sports & Entertainment Ltd. The ownership group bought the Cougars in 2014 and the group consists of former Cougars Dan Hamhuis and Eric Brewer and local businessmen Ernest Ouellet, John Pateman, Greg Pocock and Raymond Fortier.