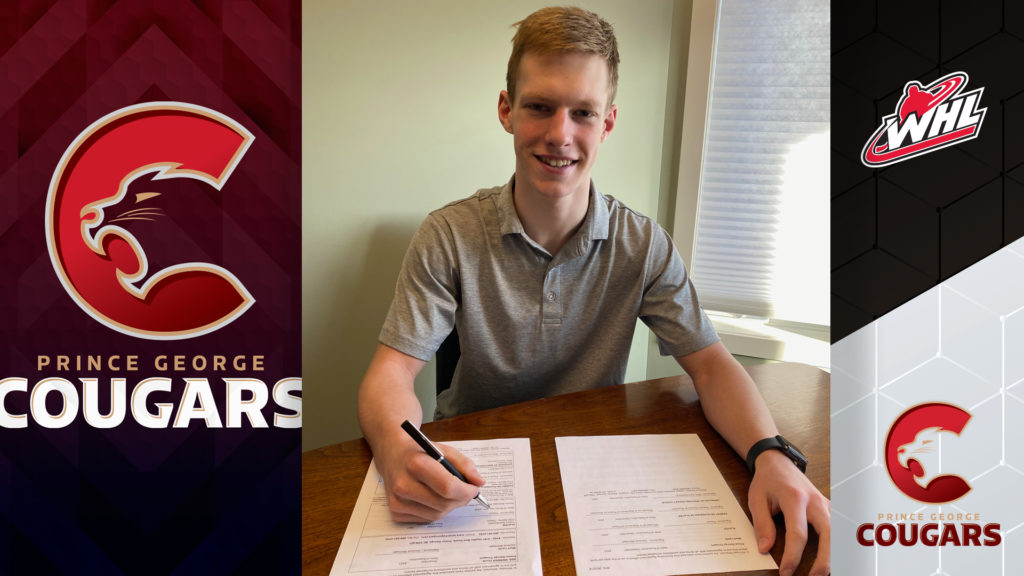 Buczkowski, 15, was the Cougars first-round selection, 15th overall, in the 2021 WHL Prospects Draft earlier this month.

“We are excited to have Tyson and his family commit to our team and the WHL,” said Cougars General Manager & Head Coach Mark Lamb. “Tyson has a lot of tools, and we feel he will big piece on our blue line going forward.”

The product of Saskatoon, Sask. currently plays for the Saskatoon Blazers in the Saskatchewan Male Under 18 AAA Hockey League (SMAAAHL). Buczkowski is the Blazers top scoring defenceman with 18 points (5g-13a) in 23 games.

“Tyson has a very complete game for a defenceman. He generates a lot of offence from the blue line, he can run a power play, and is a very strong defender below the dots. He checks off a lot of boxes,” said Cougars Director of Scouting Bob Simmonds. “He’s excited to be a Prince George Cougar.”

The defenceman was the captain of Team Saskatchewan at the 2021 WHL Cup and led them to a bronze medal finish. He had one goal in five games at that tournament.

Buczkowski’s father, Paul, played five seasons (1991-1996) and over 300 games with the Saskatoon Blades and averaged over a point per game through his WHL career.

It's official. We have signed our first round pick in the 2021 WHL Prospects Draft, Tyson Buczkowski. #NorthernUprising | #WHL